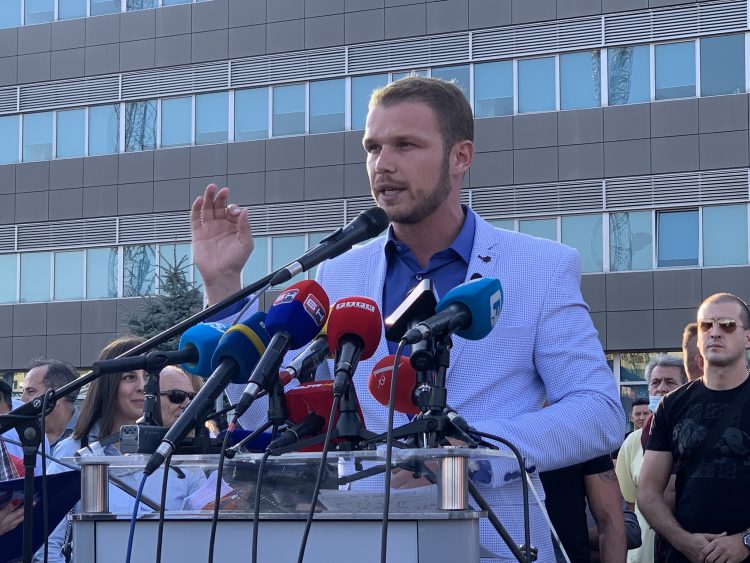 Stanivukovic claims that the TGT company is not authorised to provide oxygen. Not only that, he claims that instead of providing medical oxygen, they are supplying the hospital with the so-called technical oxygen, usually used for flame-working.

“In my humble opinion, this is the most serious crime since I started doing this job. We saw that the masks were bought through a travel agency, you’re familiar with the ‘Mobile Hospital’ affair, that respirators were overpaid. These are crimes of the worst kind. But what is being done at the UCC RS when it comes to oxygen is a crime against humanity, I can't find another expression for it,” said Stanivukovic.

He noted that oxygen delivered at the UCC neither has a license, nor a certificate, it did not go through a batch control nor does it possess a document confirming what kind of oxygen it is or the quality of it.

The Banja Luka Mayor filed criminal charges against the CEO of the UCC RS, Vlado Djajic, the Director of the company TGT, Stanislav Cadja, the chief inspector of the RS, Milica Matijevic, and the RS Minister of Health Alen Seranic.

“The UCC RS paid 1.4 million Bosnian marks to that company for the delivery of technical, not medical oxygen. That company is registered for the sale of medical devices, which is something completely different. This company supplies oxygen to the water company ‘Vodovod’ which is incomparable to medical oxygen. The tender, which was controversially written, also speaks in favour of that,” said Stanivukovic.