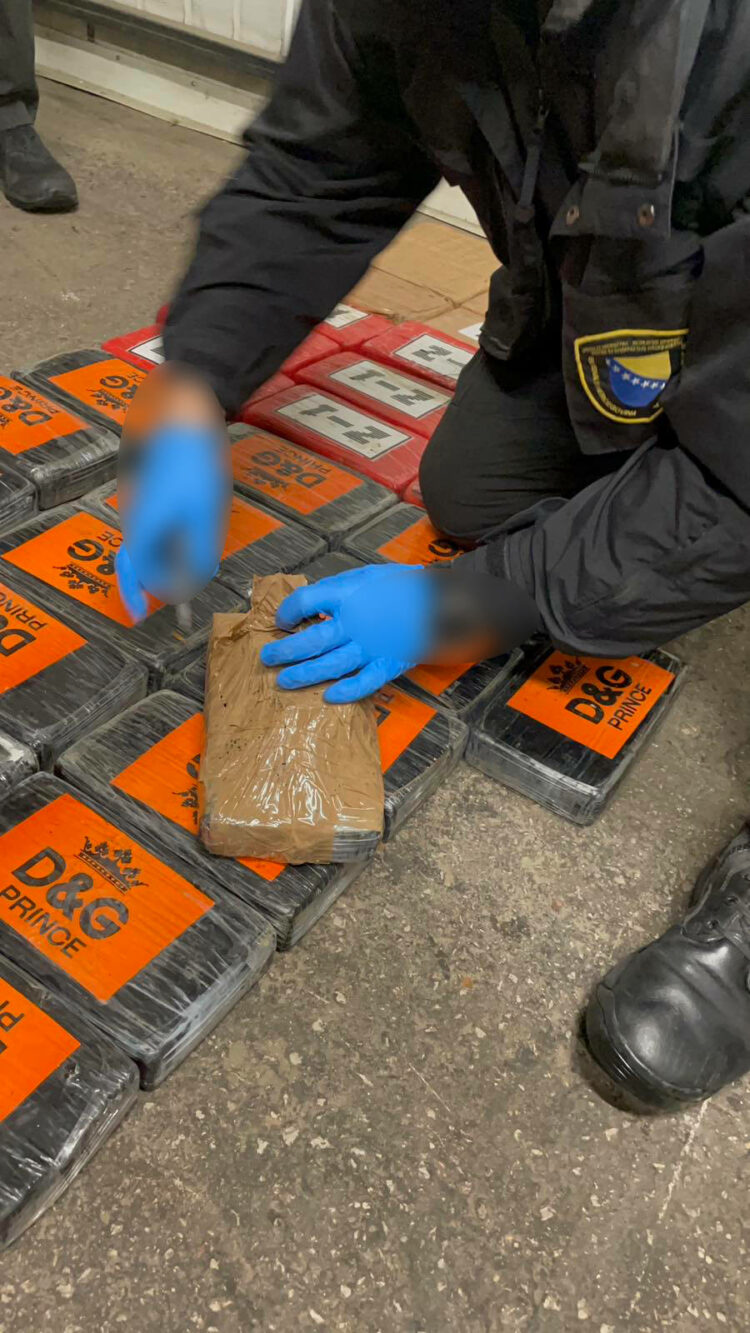 The operation took place on Saturday, January 21, in the area of the city of Sarajevo. According to the Indirect Taxation Authority, 52 kilograms of the powdery substance, which in its appearance and colour resembles cocaine, was found and temporarily confiscated.

The activities were carried out under an order by the acting prosecutor and the Court of BiH. The case was handed over to the members of Bosnia’s Intelligence-Security Agency (OSA) and State Investigation and Protection Agency (SIPA).