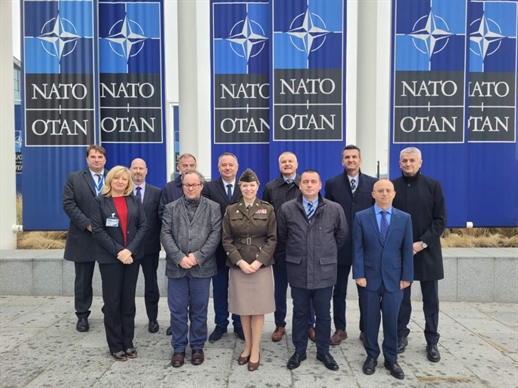 During the meeting, the head of the NATO team for support in the construction of defence security capacities presented the goals of the defence and security capacity building in BiH, as well as the plans and the way of implementing assistance through the said program. Allies were once again familiarised with BiH's requirements, that is, the areas in which BiH needs support. The final plan on the funds that the defence and security sector will receive in the process will be finalized in January, and approved at the ministerial meeting of the NATO alliance in February 2023.

This program implies continuous aid and it will be implemented through short-term, medium-term and long-term aid priorities.

Allies and partner countries have already expressed their support for building defence and security capacities during the aforementioned meeting, so it is expected that BiH will receive significant support in the coming period. Considering that this is the first time that the country participates in the meetings of the recipients of assistance in building defence and security capacities, this was a good opportunity for the members of the delegation to familiarize themselves with the procedures and practices of other countries that have been recipients of support through the aforementioned program.

On this occasion, the BiH delegation thanked NATO for its support and expressed the hope that this support program will strengthen Bosnia's defence and security capacities and thus help the country in further building stability and security, as well as help the population in case of natural disasters.

the Bih delegation consisted of Assistant Minister of Defense of BiH for Policy and Plans Dzenan Redzo on behalf of the Ministry of Defense and the Armed Forces of BiH; Deputy Chief of the Joint Staff of the Armed Forces of BiH for Operations Major General Ivica Jerkic, Head of the Military Part of the BiH Mission to NATO and the Military representative of BiH at the EU Brigadier Edin Fako, Goran Pranjic from Bosnia's Mission to NATO, Brigadier Nebojsa Bosnjak and Brigadier Hazim Hodzić from the BiH Armed Forces, representative of the BiH Security Ministry Samir Rizvo, and the commander of the NATO Headquarters in Sarajevo, Brigadier General Pamela McGaha.