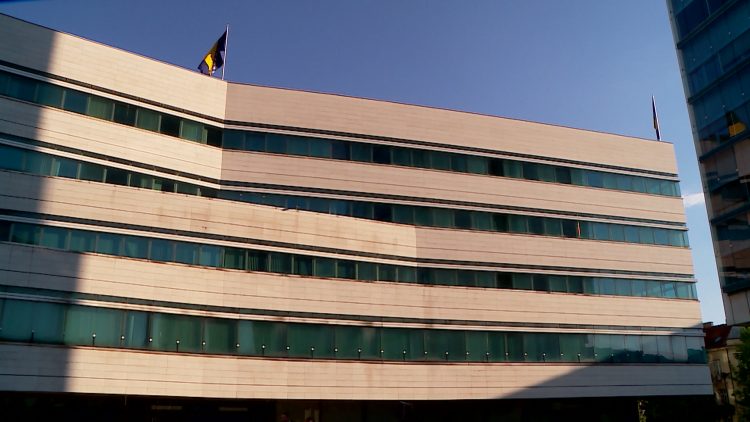 Bakir Izetbegovic, Dragan Covic and Nikola Spiric met Wednesday as House of People’s Board members (rotating Speaker and two deputies) to discuss the blockades in the state Parliament and other institutions, with all three participants concluding that dialogue has no alternative.

“There is nothing that can’t be discussed politically in BiH. Without talks, there’s no agreement.” “Requests for talks have been coming from the Republika Srpska (RS) entity parliament and the RS for a long time, but it fell on deaf ears. As if people didn't get it right. Twenty-five years after the Dayton Peace Agreement, BiH is in a situation where High Representatives impose laws,” Spiric said.

According to him, the talk with Speaker Izetbegovic was friendly where they concluded they have some different viewpoints but also agreed to hold talks without intermediaries.

Speaking about the law on the ban of genocide denial imposed by the former international community’s High Representative in charge of overseeing the implementation of the civilian aspect of the Dayton Peace Agreement in the country, Valentin Inzko, Spiric said laws should be passed by the parliament, not imposed, adding that the imposed law is God’s punishment onto BiH.

Covic also rated the coffee meeting as successful adding that they talked about the Election Law reform and some other EU reforms as well.

“The conclusion is clear – we have very little time left until the end of the year, and we have never been in a worse political situation and in a bigger political crisis from the time of Dayton until today,” Covic said.

On Bosnian Serb Presidency member Milorad Dodik's statement regarding the RS’ autonomy within the Dayton BiH and his other statements, Covic said that he views them “in the same way as of those who want to dismantle BiH into a state without three constituent peoples.”

“We must see what the problem is. Whether to make a Dayton 2 without political consent, keep poking into the BiH Constitution or something else. When someone says that he will return to the original Dayton, the Croat Democratic Union (HDZ BiH) is of the opinion that we need a European BiH, a functional state in which the three constituent peoples will be constitutionally equal to the end and represented by legitimate representatives. No one can elect our representatives in the House of Peoples where we have the Croat caucus or is in the Presidency of BiH, where we have a Croat member, anymore,” Covic said.

“That is the foundation of BiH, the referendum issue and everything we have agreed on. It would take long conversations to change that, today is not the time for that. Today, we need the minimum to get changes to the Election Law,” the HDZ BiH leader concluded.

Bakir Izetbegovic, the Speaker of the House of Peoples, stated after the meeting that the situation in the RS and the decision not to implement the law banning the denial of genocide is “the most direct blow to the Dayton Peace Accords.”

“At first their attempts were timid, now they’re more open and clearer. I hope that there will be a maturation in the Serb corps and more intelligence. Our youth will leave BiH. In 15 years we’ll have no one to earn a pension in BiH if this continues,” said Izetbegovic.

Speaking about the RS decision not to implement the law on the prohibition of genocide denial, Izetbegovic said that he would comment on that later.

Izetbegovic also commented on Palmer’s “ethnic prefix” proposal, saying that Covic reiterated they were no longer ready to delete the prefix it is a fundamental right of Croats in BiH.

“He (Covic) is giving up on something that he accepted through the April package, so it is difficult to delete that prefix. I don't see a way to implement the verdict of the Court of Human Rights, which Covic signed as well, but now I don't see a way to do that if we don't delete those prefixes. We have the HDZ BiH giving up on that issue,” stated the leader of the Democratic Action Party (SDA).

Speaking about how the problem caused by Inzko's law banning genocide denial can be solved, he said that the BiH Parliament had 15, 20 years to pass such a law.

“We can still adopt a law identical or similar (to Inzko’s) or amend it, we are ready to do that. The Serb side could be interested in integrating Jasenovac in that law. We cannot negotiate about the Constitution, or the position of the OHR, I will not negotiate about it at any cost,” Izetbegovic stated adding that the rule of law and the Constitution must be respected.