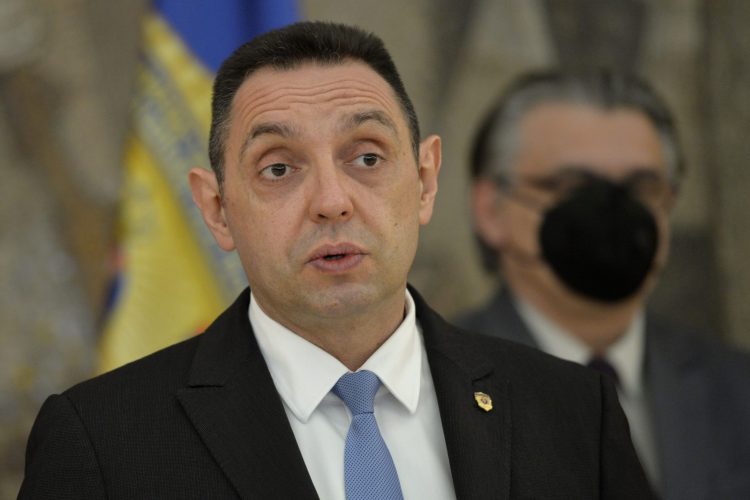 The ideas of a “Serb world” which are being promoted by Serbia’s Interior Minister represent nothing other than the ideology that led to the wars in the 1990s and now leads to destabilisation of the region, Bosnian officials said.

On Sunday, Serbian minister Aleksandar Vulin said that the task of this generation of politicians is to create a “Serb world” – to unify Serbs wherever they may live.

The Serb people “do not have the right to give up on unification” he said at an event marking the 13th anniversary of the Movement of Socialists.

“And for the Serb world to emerge, Serbia must be economically successful, well-led and have an army capable of protecting both itself and Serbs wherever they may live,” he said, in presence of Serbian President, Aleksandar Vucic.

Vulin’s statements were strongly criticised in Bosnia, both by public officials and by citizens on social media.

“If he does not do that, it will only confirm that his and Serbia's official policy is to overthrow the Dayton Peace Agreement and that it aims to annex parts of Bosnia and Herzegovina to Serbia,” Turkovic said, adding that Vulin's statement in which he said that the unification of Serbs means a “single state” represents a “flagrant violation” of the peace agreement that ended the war in BiH and that it leads to destabilization of the entire Western Balkans region as it represents “an ominous threat to the citizens of Bosnia and Herzegovina who defended themselves from aggression and genocide 26 years ago.”

This kind of rhetoric also proves that earlier statements by Vucic, who said that Serbia wants good relations with BiH, are not genuine.

“On the contrary, Vulin's statements are the best indicator of where the destabilization of the region and the blockade and obstruction of the European path of Bosnia and Herzegovina, but also of other countries in the region, comes from,” she said.
She announced that BiH will officially inform all countries that are guarantors of the Dayton Peace Agreement and the Steering Board of the Peace Implementation Council – which oversees the peace process in BiH – of Vulin’s statements.

According to Adil Osmanovic, a representative of the main Bosniak party in BiH – the Party for Democratic Action (SDA) – in the country’s House of Representatives, the term “Serb world” is just another name for the “Greater Serbia” project which caused the wars in the 1990s.

He compared it to the idea of “lebensraum” – an ideological principle which Nazi Germany used to justify its territorial expansion during WWII.

First Deputy Speaker of Bosnia’s House of Representatives, Denis Zvizdic, responded to Vulin on Sunday evening, arguing that his statements are an “obvious hegemonic narrative that did not bring anything good to the Serb or any other Balkan peoples” but led only to “wars, suffering, ethnic cleansing and genocide.”