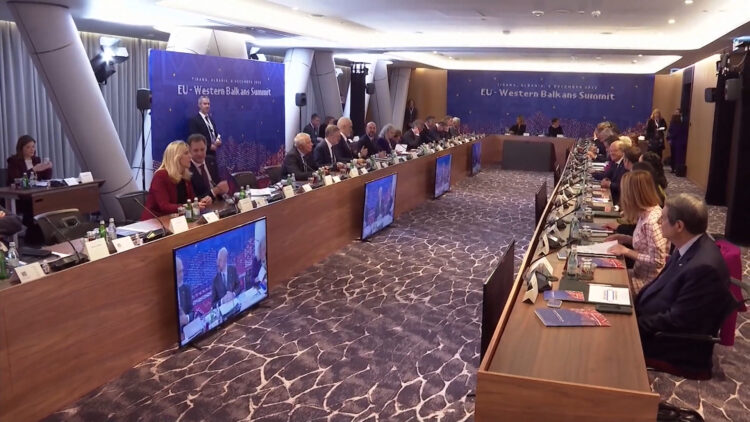 BiH Presidency Chair Zeljka Cvijanovic is staying in Tirana, Albania, on Tuesday at the EU-Western Balkans summit and she used this opportunity to meet with high officials.

First, she met with the Federal Chancellor of the Republic of Austria, Karl Nehamer, with whom she discussed the strengthening of cooperation in various areas, and Bosnia’s European path as well as that of the countries of the region. The two pointed out that Austria is one of Bosnia's largest and most important trading and investment partners and that numerous Austrian companies are successfully operating in the territory of both entities. On this occasion, she thanked Chancellor Nehamer for the support that Austria provides to BiH in the field of European integration and obtaining candidate status for EU membership.

She then met with the High Representative of the European Union for Foreign Affairs and Security Policy and the Vice-President of the European Commission, Josep Borrell, with whom she discussed the process of European integration of BiH, with a special emphasis on the prospect of granting candidate status at the December session of the European Council. They discussed the current political situation in the country and on that occasion, Cvijanovic pointed out that she expects the Republika Srpska (RS) entity Government to be formed in the next few days, and expressed her expectation that the implementation of the election results at other levels of government in BiH will be quick and efficient.

During the meeting, Cvijanovic emphasized her commitment to the implementation of the necessary reform processes in the domain of Bosnia’s European path with full respect for the constitutional competencies of different levels of government and in accordance with the rules of the coordinated mechanism of coordination of the BiH European integration process.