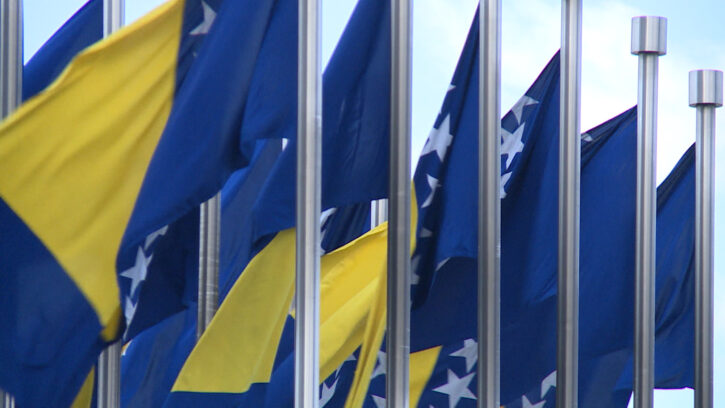 On this day in 1943, the ZAVNOBiH antifascist liberation movement convened in its first session and passed a decision to restore the country's statehood within its historic borders, which is marked today as the Statehood Day of Bosnia and Herzegovina.

Bosnia restored its statehood as one of six Yugoslav republics after the liberation in 1945 and was assigned with its own flag and the coat of arms.

The historic decision was confirmed a few days later at the first session of the Anti-Fascist Council for the National Liberation of Yugoslavia (AVNOJ).

Bosnia and Herzegovina was defined as an integral and indivisible country where all peoples would be entitled to equal rights. The ZAVNOBiH's decision was endorsed by 247 councillors, representing all peoples.

November 25 is not only a day to remember the country’s history but also to be reminded of its beauty, multiculturalism and rich history. A video by N1 and Dron.ba shows the most beautiful natural and historical sights throughout Bosnia and Herzegovina. Enjoy!