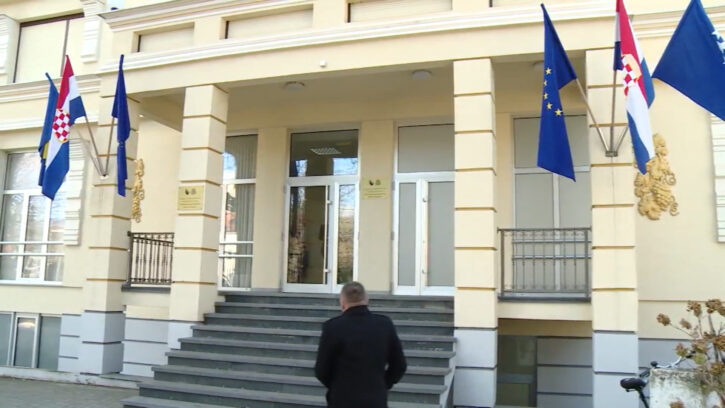 The Croat National Assembly (HNS), the umbrella organisation of the largest Croat parties in Bosnia and Herzegovina, on Saturday suggested abolishing the Bosniak-Croat majority Federation (FBiH) entity following a joint proposal by the predominantly Bosniak Democratic Action Party (SDA) and the Social Democratic Party (SDP) to take away the powers of ten cantons in which the Croats have significant influence.

The initiative to abolish assemblies and governments in ten cantons was proposed by the SDP and was backed by the SDA at its meeting on Friday. They said this was important for further streamlining of government.

The HNS described the move as an attempt to bring down the Dayton Peace Agreement, suggesting that it would be more cost-effective to abolish the Federation entity altogether.

“The key to all problems is indeed in the Federation, and not in the cantons,” the HNS said in a statement on Saturday. In that way it would be possible to carry out electoral reform which was the subject of intensive talks in recent weeks between leading Bosniak and Croat parties and US and EU officials.

“The abolishment of the Federation would help implement the Constitutional Court rulings which Bosniak unitarists are skilfully avoiding, and some of them were initiated by themselves,” the HNS said.

The HNS noted that within the counties there was not a single outstanding political issue standing in Bosnia and Herzegovina's way to EU membership.

The Federation entity, consisting of ten cantons, of which six with a majority Bosniak population and four with a majority Croat population, was established under the 1994 Washington Agreement brokered by the US, Croatia and Turkey. The agreement ended the Bosniak-Croat armed conflict within Bosnia and Herzegovina.

The 1995 Dayton Agreement affirmed the administrative division of Bosnia and Herzegovina into two entities – the Federation and the Serb entity called Republika Srpska. The cantons have considerable powers in several areas, based on which the Croats, as the smallest of the three constituent peoples, can prevent their complete marginalisation in the country.