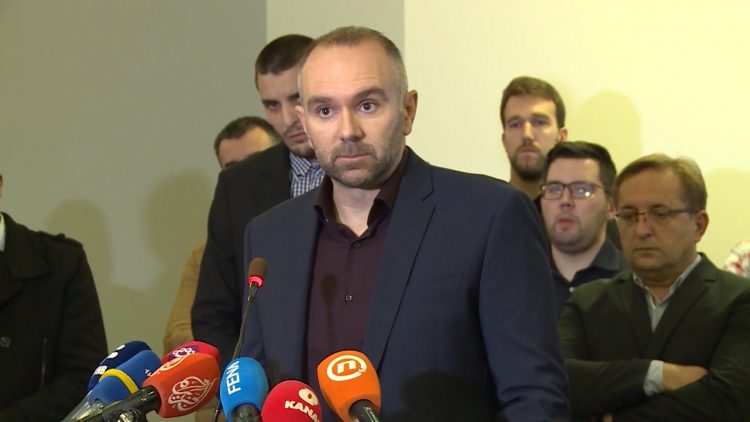 Croats can elect the Bosnian Croat Presidency member if they wish, the leader of Croat Republican Party (HRS) Ivica Bresic said Monday noting that the present Election Law does not mean Croats can be outvoted.

“Croats can elect a BiH (Croat) Presidency member if they want to, they can elect a sufficient number of delegates in the House of Peoples so that no one can decide on our behalf. Everything that, for example, the president of the Croat National Assembly (HNS) and former member of the Presidency of BiH (Dragan Covic), in the four years before Zeljko Komsic, was supposed to do for the 1,000 visits he paid to Zagreb, was to agree with the Croatian Democratic Union (HDZ) in Croatia to invest as much money in the campaign for the protection of the national interests of Croats in BiH as in the four years invested in the campaign of the public company HEP in Croatia”, said Bresic whose HRS left the Association of Croat parties in Bosnia and Herzegovina – the HNS.

Had Covic done that, Bresic believes, All Croats born in BiH would know they had to protect their people in this country.

“And then they would exit the polls and Zeljko Komsic (from the civic party called Democratic Front) wouldn’t stand a chance to win the seat. It suits the parties and technocrats that as few Croats exit the polls as possible and the people that have led the HNS over the past 18 years are HDZ BiH’s ideal partners,” the HRS leader said.