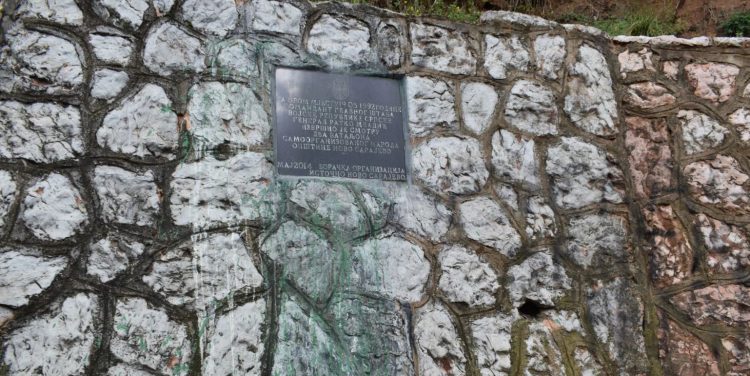 Police said the man is suspected of damaging the plaque on November 17 and that a criminal report on it will be submitted to the Istovno Sarajevo Basic Prosecutor’s Office.

Ratko Mladic was sentenced by the International Residual Mechanism for Criminal Tribunals (IRMCT) to life in prison for overseeing the murder of more than 8,000 Muslim men and boys in the eastern Bosnian town of Srebrenica in 1995, ethnic cleansing campaigns against Bosnian Muslims and Croats, as well as terrorizing civilians in Sarajevo during its 43-month siege by Bosnian Serb forces.

The plaque dedicated to him has meanwhile been cleaned up. It is located at the dividing line between Bosnia’s two semi-autonomous entities, several kilometres from the centre of the capital.