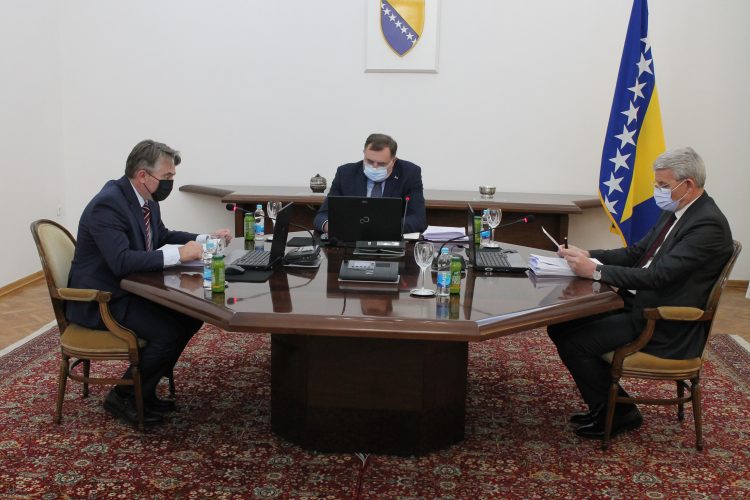 Bosnia’s tripartite Presidency decided Thursday that BiH should open seven more embassies across the world, and adopted the invitation to take part in the Francophonie summit in Tunisia, among other things.

The Presidency also accepted the invitation of the President of the Republic of Tunisia Kais Sayed to participate in the XVIII Summit of the International Organization of La Francophonie (OIF), which will be held from November 20 to 21, 2021 in Djerba.

The Presidency of BiH passed the Decision on accepting the Agreement between the Council of Ministers of BiH and the Government of the Republic of Turkey on the cooperation in infrastructure and construction projects and authorized the Minister of Communications and Transport to sign this agreement.

The tripartite Presidency then adopted the Report on the Implementation of the Agreement on Subregional Arms Control, Annex 1B, Article IV, of the General Framework Agreement for Peace in Bosnia and the work of the Subregional Consultative Commission in 2020.