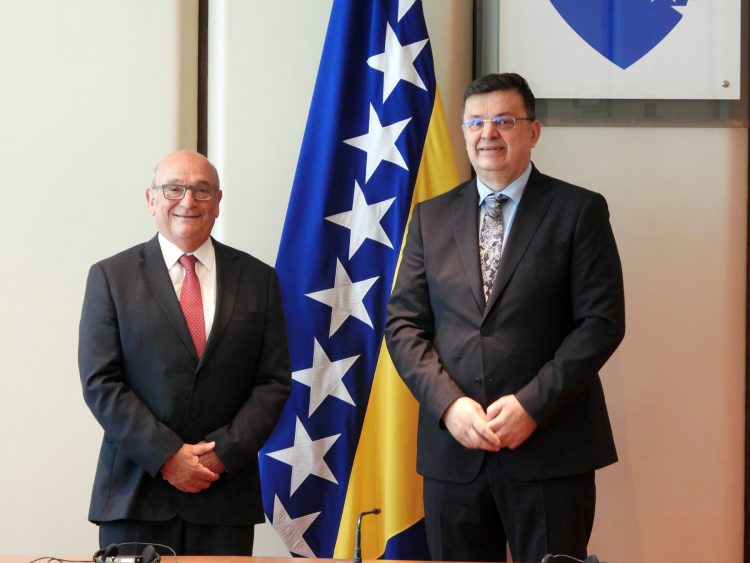 Imposing sanctions against anyone in Bosnia and Herzegovina is unnecessary, particularly against the legitimately elected representatives of authority, head of the Bosnian government Zoran Tegeltija told UK Special Envoy for the Western Balkans Sir Stuart Peach.

Peach arrived in Sarajevo and met with the Chairman of the Council of Ministers of Bosnia and Herzegovina on Wednesday, who informed him about the political and economic developments in the country. Tegeltija stressed that only internal dialogue in good faith and mutual understanding are key to long-term success of Bosnia and Herzegovina, and the only way to secure the country's stability and prosperity.

Speaking about the cooperation between BiH and the UK, Tegeltija assessed that the political relations between the two countries are good and friendly, while there is room for the improvement of their economic relations following the Brexit.

He emphasised the Council of Ministers’ commitment to the European path of Bosnia and Herzegovina, and thanked the UK government for the continuous assistance and support.