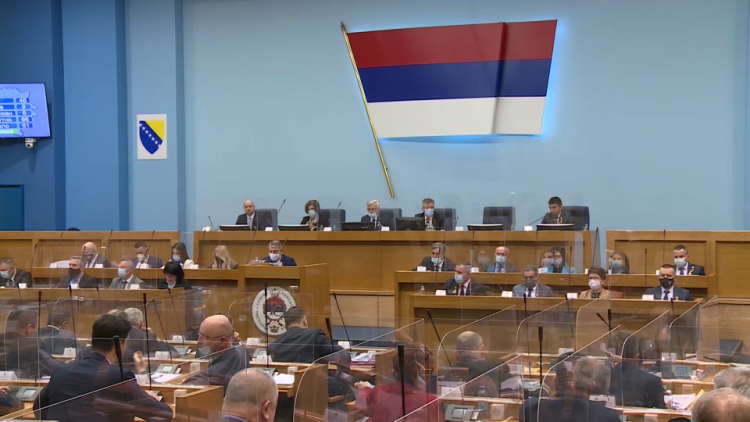 A Draft Law on establishing a High Judicial and Prosecutorial Council in Bosnia’s Republika Srpska (RS) entity was adopted in the RS National Assembly (RSNA) with 45 votes in favour on Thursday and will be discussed within the next two months.

According to the conclusion, the draft was sent to a public debate that will take place within the next 60 days.

In addition to this item, the deputies also voted on other items on the agenda. One of them is the Law on Immovable Property Used for the Functioning of RS Public Authorities, which is intended to return property jurisdiction over some of the BiH State property to the RS entity level. This Law was adopted with 61 votes in favour.

Thursday morning's session was dominated by a discussion about the Bill on the High Judicial and Prosecutorial Council (HJPC) and mutual accusations between the ruling and opposition parties for cooperation with foreigners, lack of courage, gaining political points on sensitive topics, but also destroying the constitutional order.

Earlier, both local and international officials and institutions warned that the formation of the entity HJPC would undermine the country's legal system as well as the state HJPC which is in charge of appointing and sanctioning judges and prosecutors in the country.