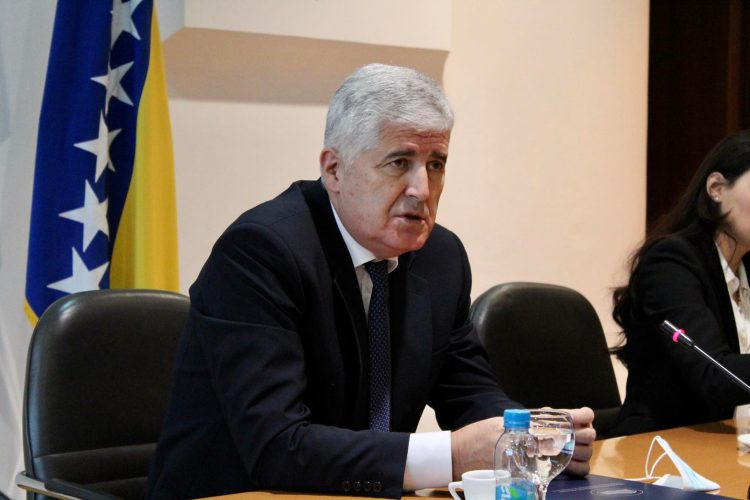 The best way to help Bosnia and Herzegovina at this point would be to reorganise its Federation (FBiH) entity into two federal units, the leader of BiH’s strongest Croat ethnic party, Dragan Covic, told N1.

Covic is the leader of Bosnia’s Croat Democratic Union (HDZ BiH), and is taking over the rotating chairmanship in the House of Peoples on Thursday.

He said that the concept of constituent peoples in Bosnia is “unquestionable” and the legitimate representation of those peoples is what the country must achieve according to the Constitution, arguing that it already “contains a balance between the ethnic and the civic concept.”

He and his party have been insisting on reforming BiH’s election law in a way that would guarantee that ethnic Croats are those who elect the Croat member of the tripartite state Presidency. According to the HDZ, as well as other Croat ethnic parties in the country, Presidency member Zeljko Komsic is not a legitimate representative of the ethnic group.

According to Bosnian Croat political representatives, the numerically dominant Bosniaks were those who elected Komsic to represent Croats in the institution.

Covic argued that Bosnia is currently “at the top of the crisis” and that in order to save the country, it needs to be reorganised.

According to him, FBiH should be divided into two federal units instead of the 10 cantons.

“We have two hundred institutions in our system of organisation. Two units would represent a division, but still a smaller one than the one we have now,” he said.

“What did we get by electing two Bosniak members of the Presidency, no matter how angry someone might be about it? We got that Zeljko Komsic, who has ‘Croat member’ written on his cabinet door, (US Special Envoy Matthew) Palmer says he represents Croat interests. What did we get? Have we initiated any processes? We are at the very bottom when we talk about the European path,” Covic said.