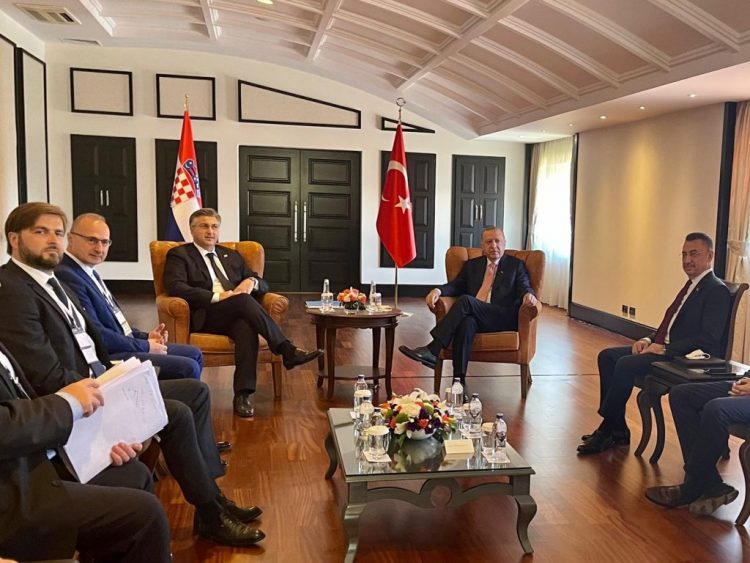 Croatian Prime Minister Andrej Plenkovic met with Turkish President Recep Tayyip Erdogan on Thursday, requesting Turkey's support for efforts to ensure respect for the equality of all three constituent peoples in Bosnia and Herzegovina and for an election legislation reform in the country.

Plenkovic flew to the Turkish city of Antalya to attend a summit of the South-East European Cooperation Process (SEECP), being held under Turkish chairmanship. Turkey assumed the SEECP chairmanship on 1 July 2020. Plenkovic met Erdogan on the sidelines of the meeting.

Bosnia and Herzegovina's Croats and the government in Zagreb claim that the Croats are currently not represented on the country's collective presidency and in other institutions because the current member of Bosnia and Herzegovina's tripartite presidency, Zeljko Komsic, who sits as the Croat representative, is only the nominal representative because he was elected thanks to votes from the Bosniak electorate.

“For us it is also important that consensus is reached on the election legislation reform during the process of negotiations between political parties and institutions in Bosnia and Herzegovina, and in this regard I asked for Turkey's support,” said Plenkovic.

“Of course, in the political sense, Turkey has closer relations with the Bosniaks in Bosnia and Herzegovina and finally with the political leadership of the SDA party. Therefore it is essential that we, Turkey and Croatia, in dialogue with friendly institutions and political parties that are close to us, seek solutions that will ensure that all the peoples and citizens of Bosnia and Herzegovina feel satisfied,” Plenkovic said.