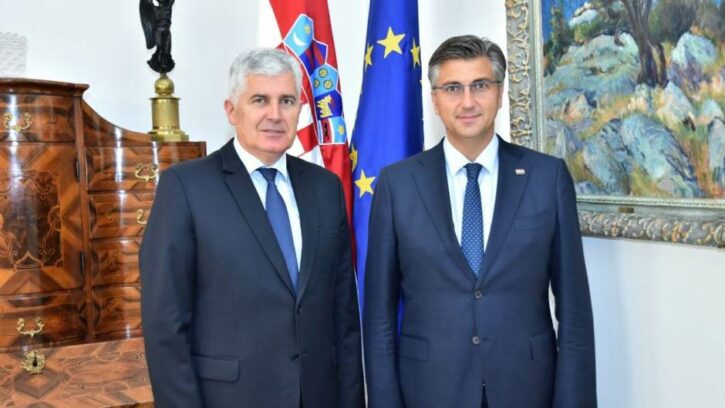 Croatian President Zoran Milanovic on Wednesday received Dragan Covic, the leader of the Croat National Council (HNV) in Bosnia and Herzegovina, for talks on the situation in the country, the President's Office said in a press release.

The talks focused on relations between Croatia and Bosnia and Herzegovina and the latter's European Union and NATO membership aspirations.