Derek Chollet to visit BiH: US supports efforts to create a functional state 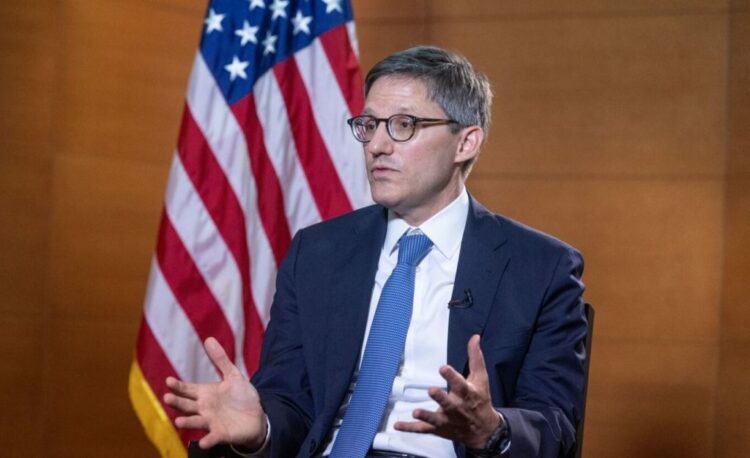 Counsellor of the US State Department Derek Chollet told Voice of America (VOA) that his upcoming visit to Bosnia and Herzegovina is coming at a “critical moment” for the region and that the goal is to express US support for efforts to start forming a new functioning government following the elections in the BiH.

Chollet will travel to Kosovo, Serbia, Bosnia and Herzegovina, North Macedonia, Montenegro, Croatia, and Belgium with an interagency delegation from December 11-17.

“This visit underscores the enduring U.S. commitment to the peace, stability, and prosperity of the region”, a US State Department press release said.

Chollet will travel to Sarajevo on December 14, where he will meet with representatives of BiH government institutions to discuss rule of law, economic, energy, and defence-related reforms and with officials engaged in the fight against corruption and other serious crimes.

Chollet told VOA that this visit by US officials to Bosnia “is important” at this “critical moment” for the countries of the Western Balkans, and after a successful summit with the European Union.

He said the US wants to show support for all the efforts of the country to start forming a new functioning government and confirm American support for the continuation of efforts to create a “functional, sustainable, multi-ethnic state”.

Chollet stressed that the US will continue the dialogue with BiH officials on how it can provide additional support for the country to move forward faster and establish a multi-ethnic and functional democracy.

Asked if he could clarify the recent statement of NATO Secretary General Jens Stoltenberg that Moldova, Georgia and Bosnia and Herzegovina are facing the greatest threat due to the war in Ukraine and Russian influence, Cholet said that it is a reflection of “certain divisions within BiH” and that this will be one of the topics discussed during the visit.

Chollet said that disinformation and Russia's negative influence “have spread throughout the region,” but noted that this is especially dangerous in the most vulnerable countries, such as BiH.