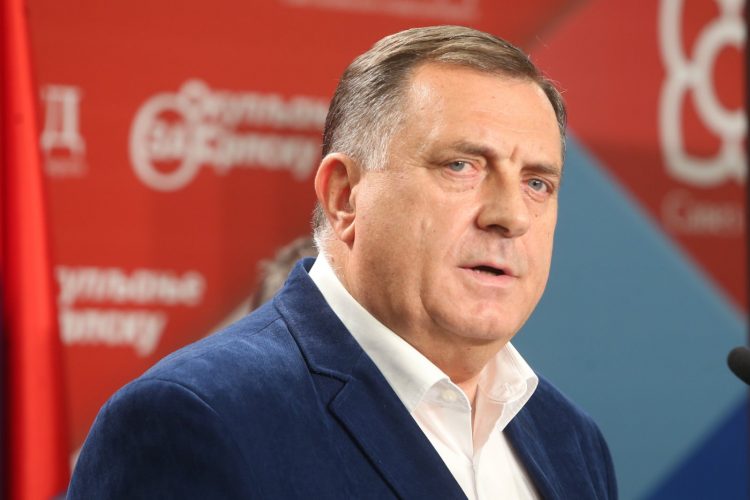 Ministers from the Alliance of Independent Social Democrats (SNSD) will not partake in the decision-making at the Council of Ministers, as the BiH government is officially called, except for today’s decision on temporary financing, party leader Dodik said.

“Such a decision is in the interest of the RS and the people from the RS because it allows for the payment of salaries to around seven thousand people from the RS,” the BiH Serb Presidency member said, adding that his position towards the newly elected international community’s High Representative Christian Schmidt remains the same – for him “Schmidt doesn’t exist.”

“He hasn’t the confirmation of the UN Security Council and his decisions and calls for decision making are null and will not be accepted in the RS,” Dodik said.

The leader of the ruling party in the RS entity noted that no one in this entity will meet with Schmidt or take part in meetings which he will attend.

Dodik also pointed out that his party, the SNSD, decided not to continue working in the joint BiH election law commission because conditions for its functioning have not been met and they refuse any kind of mediation.

How could we accept the mediation of Matthew Palmer (US’ Balkans envoy) who comes from a country where two election cycles are dubious and now he should decide what we should do,” Dodik concluded.

Bosnian Serb ministers and officials in other state institutions began the boycott of the work of BiH institutions after the former international community’s High Representative Valentin Inzko imposed the ban on genocide denial and glorification of war criminals.

This, they said, was a ban on freedom of expression and called for the abolishment of the said ban, otherwise, they would not take part in the work of BiH institutions.