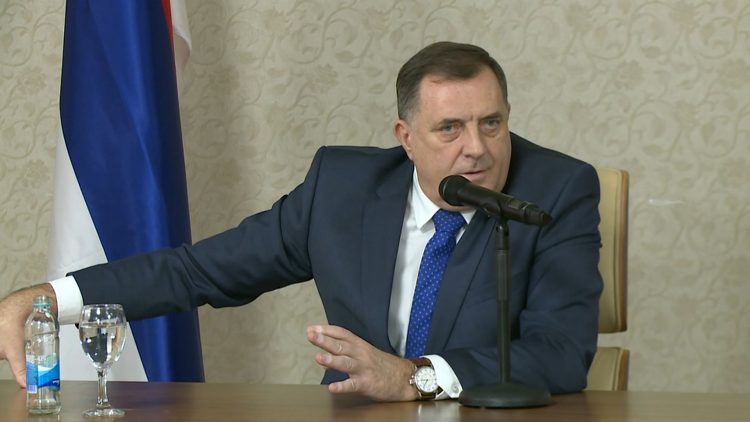 Bosnia Presidency Chairman and leader of the strongest Serb party SNSD, Milorad Dodik, said he would not support the initiative for organising the games of Bosnia's national football team in Banja Luka, recalling that he was a supporter of Serbia's team.

Banja Luka is the second-largest city in the country and administrative centre of Republika Srpska entity, the Serb-majority region where Dodik was elected to the state tripartite Presidency as its Serb member.

“There is no need for that. It would be a high-risk event and we don't need that. I am not the supporter of Bosnia and Herzegovina, none of its levels, but as someone who follows sports I am not immune to congratulating the success,” he told a press conference in Banja Luka on Saturday, answering the question by N1's Semir Mustafic.

“I remember the shameful match that Bosnia and Herzegovina played in Portugal when the referee was not finishing the game until they scored. That was a shame,” said Dodik, presumably referring to the match Bosnian team played against Spain in Valencia in 2005, which ended in the 97th minute when Spain scored for 1-1 after Bosnia led for most of the match.

Dodik recalled he was the supporter of Serbia's team.

But, he also said he was ready to help the Basketball Association of Bosnia and Herzegovina, noting that this association has “serious problems.”

“I am ready, if my colleagues in the Presidency agree, to solve those problems. They require several million marks. I'm ready to task certain structures to do that,” he added.