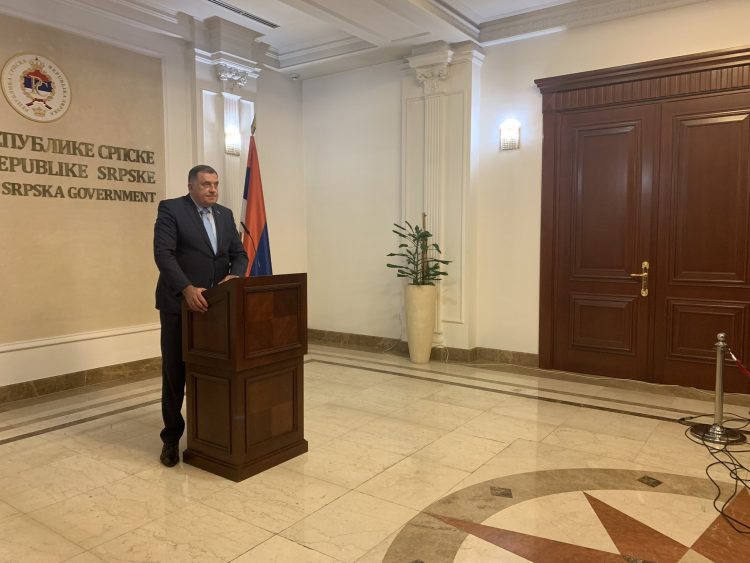 Milorad Dodik, the Serb member of Bosnia's tripartite Presidency, said the international envoy's decision to impose the genocide denial ban means “the last nail in Bosnia and Herzegovina's coffin," and he announced "institutional response" of the Republika Srpska entity to that decision.

Republika Srpska (RS), Bosnia's Serb-majority entity where Dodik was elected for the Presidency, will have to give an “institutional response,” he stressed.

“We will convene the session of the RS National Assembly,” he announced, adding that “RS has no other option but to start the process of dissolution.”

“As an official of RS,” said Dodik, who is actually the official of BiH's state Presidency, he must not and will not allow this.

“Genocide did not happen and that's a permanent assessment by all of us. We won't give in to the decisions that come from the High Representative,” he added.

A few days before he leaves the office and hands over the duty to German envoy Christian Schmidt, Inzko imposed amendments to the Criminal Code of Bosnia and Herzegovina, which among other things stipulate the prison of up to five years for genocide denial.