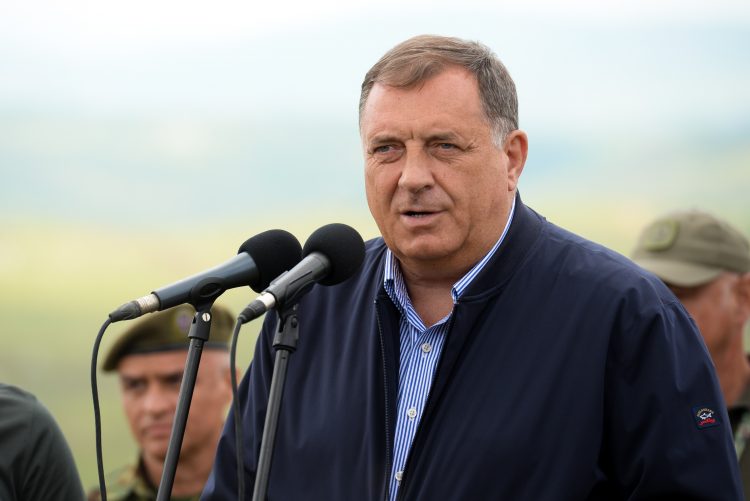 Milorad Dodik, the Serb member of Bosnia's tripartite Presidency, said on Wednesday that every citizen of Republika Srpska, Bosnia's Serb-majority region, will be protected from “imposed law” on genocide denial ban.

“I call on everyone in Republika Srpska to report to a competent police body any information on possible actions of SIPA (Bosnia's state police) or intelligence service,” said Dodik, the Serb official who openly denies that the mass killing that took place in Srebrenica during the 1992-95 Bosnian war was an act of genocide, as ruled by two international courts.

Dodik's statement comes on the day when the amendments to the Criminal Code of Bosnia and Herzegovina stipulating up to five years in prison for genocide denial and glorification of war criminals came into force.

The law changes were imposed by international envoy Valentin Inzko, who was assigned with special powers to impose laws and remove officials as the head of the Office of the High Representative in BiH.

Dodik and other politicians in the Serb-majority region slammed the High Representative's decision and announced the “institutional response” of the authorities in Republika Srpska, the semi-autonomous region where Bosnia's Serb Presidency member is elected. One of the measures they took was blocking the work of the institutions at Bosnia's state level.

They also drafted a law that would punish those disrespecting the entity.

“Our police was already ordered to protect and defend our people – whatever that might mean. If someone tries to arrest, apprehend, the police of Republika Srpska will stop that,” Dodik told local media.