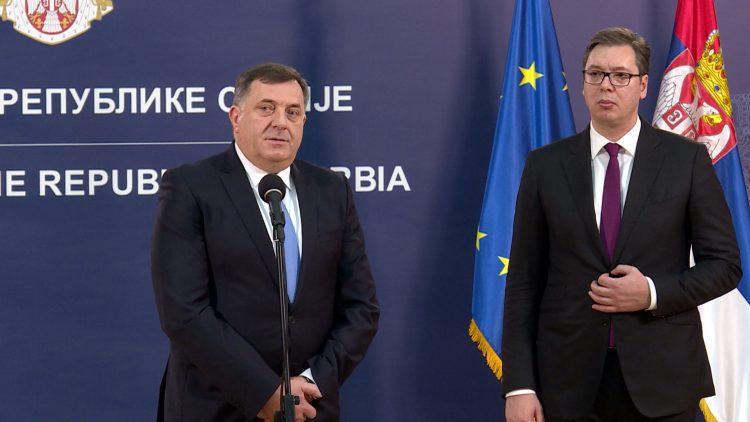 Serbia and Bosnia’s Serb-majority Republika Srpska (RS) entity are “exposed to many negative tendencies that are coming from the West, from fierce political elites,” and “it will take a lot of unity” for them to defend themselves, Bosnia’s tripartite Presidency Chairman and its Serb member, Milorad Dodik, said on Wednesday.

Dodik, who is also the leader of the ruling party in the semi-autonomous Bosnian RS entity, said that he is “in no way participating in any efforts to topple Serbia’s President Aleksandar Vucic” and that “it’s obvious someone is trying to create a grudge between the leadership of Republika Srpska and Serbia.”

He said that the relationship between the RS and Serbia remains unchanged, as well as his relationship with Vucic who he expressed support for.

“We are very grateful for everything he has done for Republika Srpska. And now suddenly some are placing a narrative that something between us is falling apart,” he said, stressing that this is not true.

Dodik went on to praise Vucic, saying he turned Serbia into an economically and politically stable country.