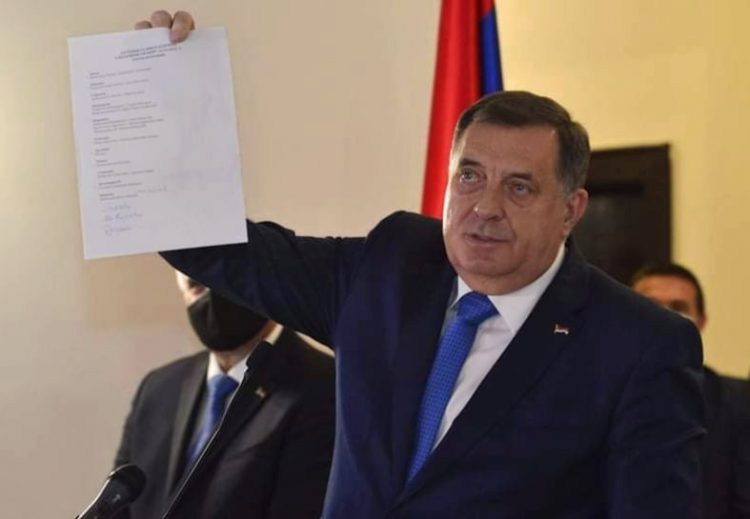 There will not be a new war in Bosnia and Herzegovina but in case of sanctions Bosnia’s Serb-dominated Republika Srpska (RS) entity will declare its independence from Bosnia, Milorad Dodik, the Serb member of the country’s tripartite Presidency said Thursday following the meeting with a number of EU ambassadors in Istocno Sarajevo, but no Quinta member states.

“I told this to ambassadors today because I heard some things that they claim are not threats but warnings, and one of them is that the RS could be isolated. I bet you one thing, and that is that the European Commission will not impose sanctions on the RS or any individual [from the RS]. I cannot guarantee whether Germany or some other country do that,” Dodik said.

“The RS will implement measures to return its constitutional competencies and in the following days we will hold an RS National Assembly (parliament) session where we will decide on the withdrawal of [the RS’] consent on the military reform, the High Judicial and Prosecutorial Council (state judiciary), fiscal system, and the establishment of the Indirect Taxation Authority (ITA),” the Serb Presidency member and leader of the ruling Alliance of Independent Social Democrats (SNSD) in the RS said Thursday evening.

As they adopt the said decisions, the RS parliament will regulate these areas with appropriate acts.

He added that he will give the state judges and prosecutors a deadline by which they should leave the RS and if they do not, they will “take appropriate measures.”

“We’ll take over the BiH Armed Forces’ barracks just as Slovenians did in 1992,” he added.

Dodik also said the RS will pass laws abolishing the laws “that were ever imposed by the High Representative,” making them void.

“That’s some 140 laws on public procurements, prosecution, judiciary, state police (SIPA) and there will be no negotiations about this,” Dodik noted.

“Our actions are not breaking the country’s territorial integrity, but no one can force us to accept a High Representative who will impose something on us. He can brag as much as he wants here and come from any country. Everything that the high representatives did was in favour of the Muslim people and politics, and Croats and Serbs do not want such a violation of rights, and I now declare that this is over and that we will resolve it at the next RSNA session,” the SNSD leader pointed out.

He stressed that there will be no war in Bosnia but that the RS will be independent in case of sanctions.

He concluded by saying “this can neither be stopped by the European Commission, nor the United States, or the British who have been creating this mess for years. The British and others have been playing with them all the previous years and instead of letting the politicians do everything together they (the British) did everything to create a Muslim state. That is why the RS politicians reject all of that and do not accept the discrimination of anyone, not even the Croat people in BiH.”

Earlier last week, Dodik said the RS has already formed expert teams that would deliver legal remedies through which the RS would pull out of agreements it signed years ago forming the state-level judiciary, tax administration and army. According to him, the competencies given to the state level must be returned to the RS as the Constitution does not provide for such institutions.

The move came after several of his and RS initiatives were rejected by the State or Constitutional Court and other state-level institutions as unconstitutional or illegal, and after the international community’s High Representative overseeing the civilian implementation of the Dayton Peace Agreement that ended the 1992-1995 war in the country, imposed a genocide denial ban.

The ban prompted all Serb ministers and state officials at the state level to boycott the work of state institutions until the ban was repealed. 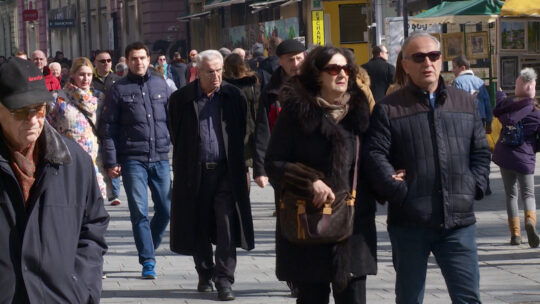