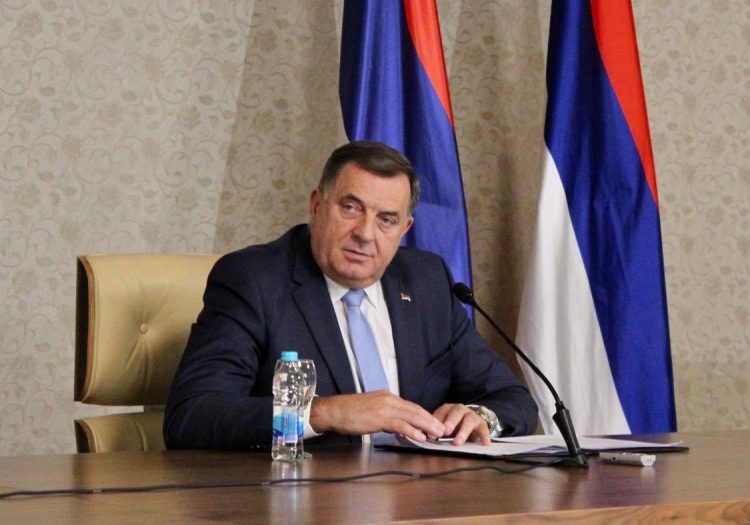 The Dutch parliament adopted a resolution asking the country's authorities to ask the European Union (EU) partners for sanctions aimed at Milorad Dodik, the leader of the Alliance of Independent Social Democrats (SNSD) and member of the BiH Presidency, for denying the genocide in Srebrenica, Anadolu Agency reported Wednesday.

The resolution, submitted by the DENK MP Tunahan Kuzu was supported by 117 MPs while 33 were against it. With it members of the Dutch parliament call on the country's government to advocate for direct sanctions in the European Union, of which the Netherlands is a member, against Milorad Dodik and his associates “in order to maintain pressure on a part of the Bosnian Serbs without affecting the people of BiH.”

The resolution calls on the Dutch foreign minister to send an urgent letter to colleagues from EU member states urging them to distance themselves from Dodik's statements denying the genocide against Bosniaks, committed by the Republika Srpska Army who were led by convicted war criminals Ratko Mladic and Radovan. Karadzic, which was committed in Srebrenica from July 11 to 18, 1995.