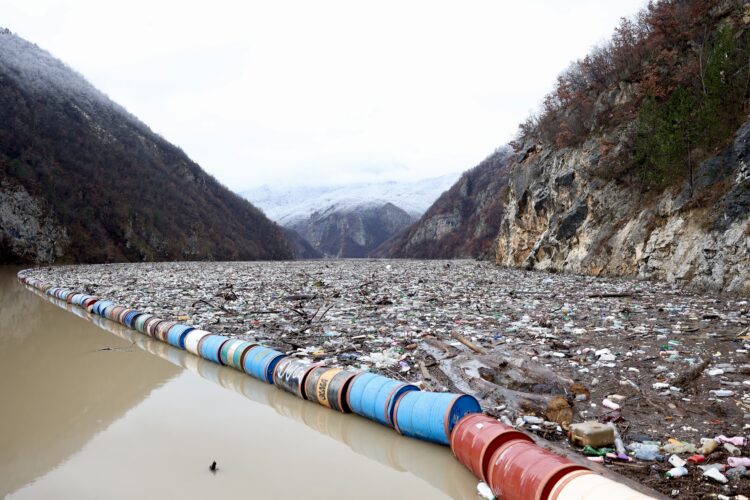 One of the most beautiful rivers in the Balkans, Drina river, has turned into a floating landfill with thousands of cubic metres of waste covering the water.

Aerial footage of the are shows the extent of the environmental disaster near the eastern town of Visegrad, on border with Serbia.

Activists explain that the waste is coming from the Lim river and via upper Drina river basin, stressing that this major environmental problem is affecting the locals for over two decades.

“These quantities exceed ten thousand cubic metres. The thickness of this layer is more than half a metre. In addition to plastic, refrigerators, trees are a big problem, because it is hard to remove them from water,” Dejan Furtula of the Eco Centre Visegrad told N1.

According to him, the waste is being constantly removed for six months in a year but to no avail, because it keeps coming.

Activists hope the problem will be solved through an EU-funded project which they would work on alongside ten other countries.

“It means a two-year study of water pollution and plastic samples, where everything comes from. Eventually we hope to get some equipment, maybe trucks and boats,” said Furtula.

Environmental disaster in the east of #Bosnia, where thousands of cubic metres of waste are accumulated on Drina river. Local activists hope to join an #EU-funded project along with ten other countries, which would solve this problem they have been struggling with for years. 📸N1 pic.twitter.com/hjsbyNL2Ij

He stressed this is a common problem of both Bosnia and Serbia, but that none of the countries did a lot in terms of international cooperation.

The activist believes the solution to the problem is relocating all landfills on river banks i.e. relocation of urban landfills. A regional landfill in the Podrinje region would solve the problem, he added.

“It is a shame that this problem cannot be solved. It is necessary to make a serious plan and start tackling this issue,” he underlined.