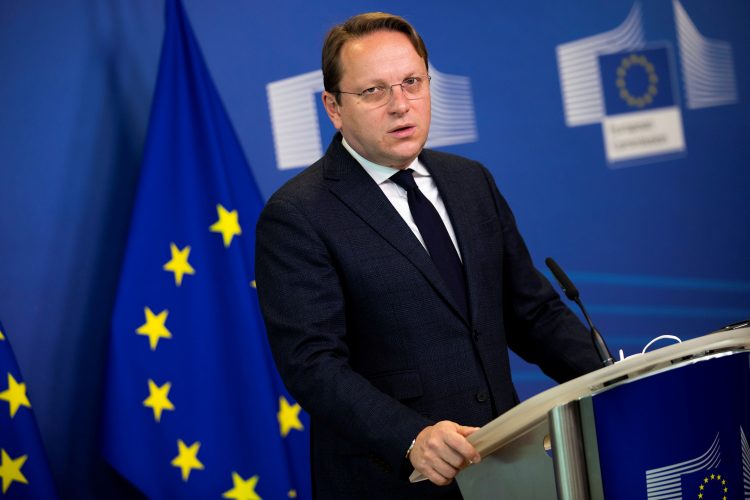 Oliver Varhelyi, European Union Commissioner for Neighborhood Relations and Enlargement is coming to Bosnia and Herzegovina, Sarajevo, on November 28, where he will meet with members of the BiH Presidency.

This is the first visit of a European official to the new convocation of the BiH Presidency which consists of Chair Zeljka Cvijanovic and members Zeljko Komsic and Denis Becirovic.

Given that Varhelyi confirmed on Thursday that Bosnia could receive candidate status for membership in the European Union in the next month, it will probably be one of the main topics of this meeting.

“Wwe redoubled our efforts, within the European Commission, to lace enlargement proposals on the table. This year we have already given candidate status to Ukraine, Moldova and Georgia, and I believe that this year we will have another positive decision regarding BiH,” said Varhelyi at a press conference in Barcelona, where the Forum of 43 countries of the Union for the Mediterranean was held.