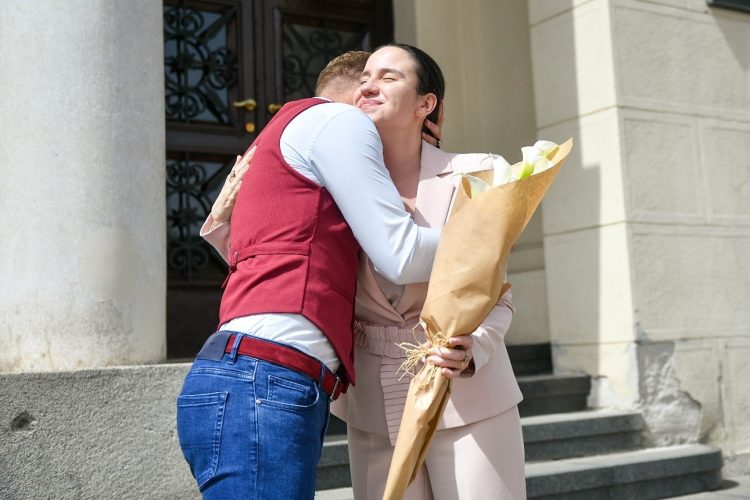 Sarajevo and Banja Luka will cooperate very closely in the future, mayors Benjamina Karic and Drasko Stanivukovic announced on Tuesday after the first official meeting between mayors of the two cities in more than two decades.

She noted that there are differences between the two cities, but “we will look for what unites us, what will represent us in the future and send out an image of the citizens of BiH as part of Europe.”

“When we talk about Sarajevo, we say that Sarajevo is a city of sports and culture, and we say the same thing about Banja Luka. With all the similarities that unite us, why do we look for differences? We are representatives of the young generation of politicians, we want to look to the future and give the citizens the best,” she said.

Karic argued that such meetings should become common, maybe even a monthly event.

She invited all citizens of Banja Luka to visit Sarajevo.

“Our arms will be reached out to Banja Luka, Tuzla, Bihac and all wonderful cities. In this way, we support the youth and put all our differences and everything that could be a stumbling block behind us,” Karic said.

Stanivukovic noted that Karic’s official visit is the first one to take place between the mayors of the two cities in 27 years and that it is an emotional moment for him. He announced that the two cities will cooperate closely in the future.

“This meeting should build the future. We do not want the past to spoil our efforts to build friendships and bridges today,” he said.

The citizens of both cities have chosen a new generation of politicians in the last local election, he noted.

“New times have come. Friendship and cooperation are a must,” he said.

“Benjamina knows everything about our Banja Luka. Our main message is that we are creating a Republika Srpska, Bosnia and Herzegovina, where everyone can live and feel like a human being. The people have had enough of tensions, hate, threats, blackmail (…) I am glad that Banja Luka is a city without divisions,” he said.

He announced that he will visit every city in Bosnia.

#Sarajevo and #BanjaLuka will cooperate very closely in the future, mayors #BenjaminaKaric and #DraskoStanivukovic said after the first official meeting between mayors of the two #Bosnia cities in more than two decades: https://t.co/uu14STVY9l @BenjaminaKaric @Stanivukovic_D https://t.co/lcMJdkVfiN