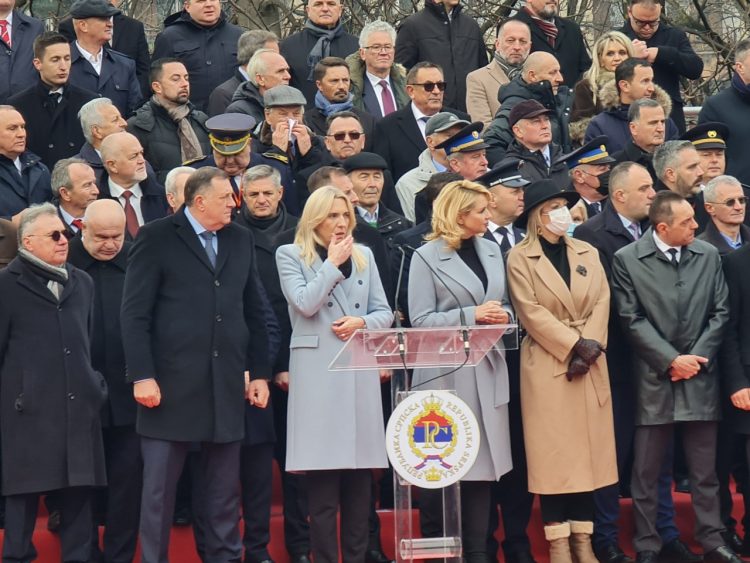 France respects the rule of law in Bosnia and Herzegovina, the Embassy of France told N1 commenting on the information that two French right-wing politicians, Thierri Mariani and Herve Juvin, also members of the European Parliament, attended the unconstitutional January 9 celebration of the Day of Republika Srpska, the Bosnian Serb-majority entity.

The embassy said it was never informed about the arrival of the two politicians and that the politicians’ activities by no means oblige the French government.

Mariani and Juvin said on Twitter they were in Banja Luka, “the capital of Republika Srpska.”

“Personally invited by President Milorad Dodik, we will take part in the ceremony marking the 30th anniversary of Republika Srpska,” tweeted Thierry Mariani, an MEP and member of the right-wing party led by Marie le Pen.

The celebrations started on Saturday with the laying of wreaths on monuments and handing awards to institutions and individuals, as well as a solemn academy.

The holiday marks the creation of Republika Srpska entity in 1992, a move Bosniaks see as a prelude to the bloody 1992-95 war that took more than 100,000 lives.

Bosnia’s Constitutional Court ruled that the holiday was discriminatory against non-Serbs in Republika Srpska because January 9 it is also a Serbian Orthodox religious holiday – the day of St Stephen, the patron saint of the entity.