Germany strongly supports Bosnia and the High Representative in the country 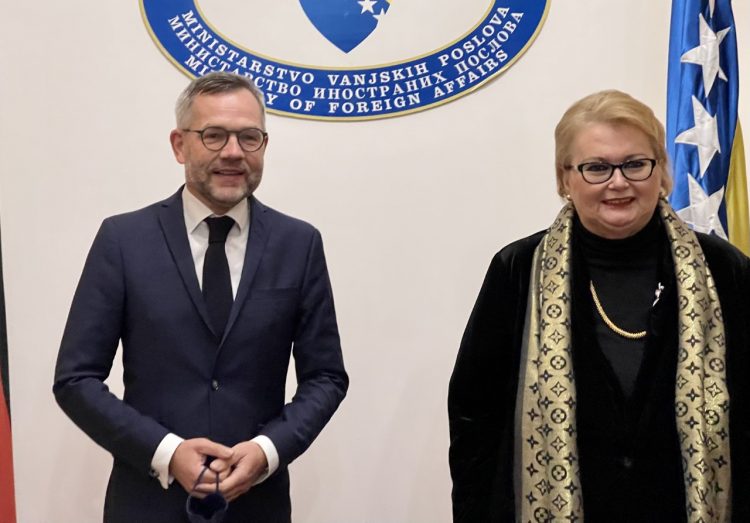 Bosnia’s Foreign Minister Bisera Turkovicmet on Wednesday with her German counterpart Michael Roth, in Sarajevo where they discussed bilateral relations and the current situation in the country and the region.

German Minister of State Roth recalled that Germany is very committed to the Western Balkans region as well as its future in the European Union, expressing confidence that the new government will continue with the same policy towards BiH and the region.

“The new coalition strongly supports the Western Balkans region and will continue to provide concrete support in every sense. He expressed regret over the situation in our country and reiterated the firm position of the Federal Republic of Germany that the future of BiH is only one, and that is a state that is united, sovereign, multinational and multi-confessional,” Turkovic's cabinet said.

The German minister said that the High Representative has the strong support of Germany in his work, mandate and powers.

The foreign policy goals of Bosnia and Herzegovina were also discussed at the meeting, as well as the information on geostrategic influences in the Western Balkans.