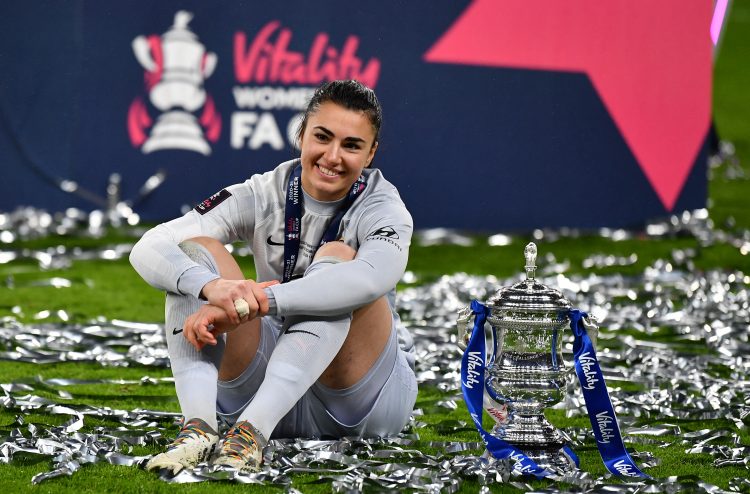 Women's football is the fastest growing sport in the world, particularly in England, with Chelsea FC having one of the most successful teams. The goalkeeper, Zecira Musovic, who has origins in former Yugoslavia, signed for the Blues a year and a half ago which was, as she said, a dream come true.

“I started playing football when I was nine in Malmo. Then I came to London and her I am. It is hard but playing for Chelsea is the biggest of dreams. It was difficult to leave my family behind, but this is my dream,” she told N1.

Speaking about her ‘first steps’ in football, the goalkeeper said it was her brother who made her start.

“My brother is my idol. I did what he did – he played football and I said I wanted to do the same. Women's football has advanced and I'm happy for that. I am also happy that I proved someone from our territories can play for the great Chelsea and that this will motivate many girls,” said Musovic, who signed a two-and-a-half-year deal with the Blues.

Although she was not born in Bosnia and Herzegovina, she speaks local languages.

“I speak our language, I'm trying hard. Sarajevo is my favourite city,” she noted.

Asked what was the secret behind her success in football, the goalkeeper replied it was a great love for the sport and hard work.

She has high hopes for the upcoming UEFA Women's EURO competition as a member of the Sweden's women's national football team.

“Women's football in Sweden is in a full swing. I hope it will get better, that we will win the gold in the Euro this summer. There are lot of investments, and I hope the Balkan countries will achieve great results as well,” said Musovic.