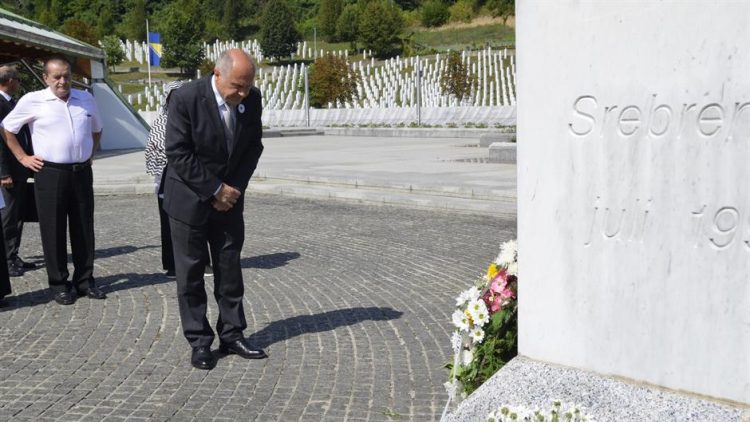 Outgoing High Representative in Bosnia and Herzegovina Valentin Inzko has imposed the changes to the Bosnian Criminal Code, which prohibit the denial of genocide and glorification of war criminals.

The decision comes only a few days before Inzko leaves the office and hands over the duty to German diplomat Christian Schmidt.

The law changes that the High Representative imposed among other things stipulate the prison sentence from six months to five years for the one who “publicly condones, denies, grossly trivializes or tries to justify a crime of genocide, crimes against humanity or a war crime.”

He also recalled that the UN Security Council repeatedly affirmed that the role of the international envoy in BiH, as a final authority in the implementation of the peace deal, includes the “authority to make binding decisions as he judges necessary on issues as elaborated by the Peace Implementation Council in Bonn on 9 and 10 December 1997.”

“Conscious of the fact that there can be no reconciliation without the acknowledgement of crimes and responsibilities and that hate speech, the glorification of war criminals and revisionism or outright denial of genocide, crimes against humanity and war crimes established by final judicial decisions undermines the rule of law and represents a direct barrier to peace, reconciliation and trust-building and ultimately undermines the prospects for a secure, peaceful future for Bosnia and Herzegovina.”

The law that has been published on the official website of the Office of the High Representative will enter into force eight days after this publication and a day after it is published in the Official Gazette of Bosnia and Herzegovina.