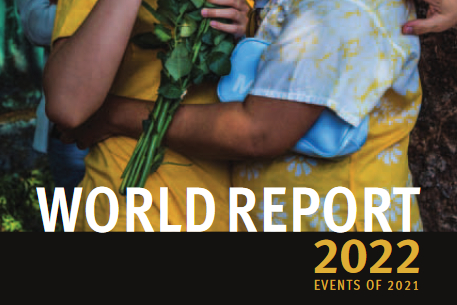 A little visible progress on human rights in Bosnia and Herzegovina was made during 2021, according to the latest Human Rights Wach report, which further warns that public officials failed to tackle discrimination, they put pressure on journalists, while war crimes prosecution in the country has slowed down.

The multi-chapter report mentioned in its ‘Discrimination and intolerance’ chapter the Mostar election which took place in December 2020 after a 12-year deadlock, which finally enabled the citizens to elect their local authorities. Also, it stressed that 11 years later the political leaders still have not implemented the European Court of Human Rights ruling to remove the discrimination against the Jews, Roma and others in electoral rules.

The same chapter among other issues also emphasised the Constitutional Court's ruling from July last year which found the ‘two schools under one roof’ practice in some of the educational institutions discriminatory against children as if physically segregates pupils based on ethnicity.

It also recalled of 98 hate crimes recorded by the Organisation for Security and Co-operation in Europe between January and August, based mainly on ethnicity and religion.

As for the war crimes processing, the report said in its ‘Accountability for War Crimes’ chapter that the OSCE documented a decline in the number of prosecuted cases generally despite the Revised National War Crimes Processing Strategy which was adopted in 2020 and called for the most serious war crimes to be processed by the end of 2023

It also said that the Bosnian authorities failed again to financially compensate a woman raped in the war as recommended by the UN Committee Against Torture (CAT) in 2019.

The report mentioned in this chapter that the appeals panel of the International Residual Mechanism for Criminal Tribunals upheld the 2017 genocide conviction and life sentence of Bosnian Serb wartime military commander Ratko Mladic in June last year.

The same month, in a press release by the United Nations High Commissioner for Human Rights and the UN special adviser on prevention of genocide, the special adviser warned against increasing glorification of convicted war criminals in Bosnia, the report stressed.

As for the migration issues, the report carried official statistic dana on asylum seekers and migrants registered in Bosnia and Herzegovina. According to the Service for Foreigner’s Affairs, 10,075 irregular arrivals with 9,057 persons expressing an intention to apply for asylum were registered between January and August, which is a slight decrease compared to the same period in 2020.

It also mentioned the UN Refugee Agency (UNHCR)'s data, according to which in the first half of 2021, 67 persons submitted asylum applications and 31 were issued decisions, with 1 granted refugee status, and 4 subsidiary protection.

Five state-operated reception centers are mostly overcrowded and around 1,500 migrants had to be accommodated elsewhere. Routine violent pushbacks into Bosnia by Croatian police exacerbate the poor situation for migrants, who often depend on civil society for medical care and basic needs, the report said.

The ‘Domestic and Other Gender-Based Violence’ chapter noted that Bosnia's Federation entity adopted draft law on protection from domestic violence, after delays and criticism by the EU Delegation in BiH.

A chapter concerning the freedoms of the LGBTI people mentioned a research from June 2021, which found that this population face discrimination in education, employment, and housing.

It, however, emphasised that the third Sarajevo Pride march went without incident despite an anti-LGBT protest on the same day. In 2021, local cantonal government provided over US$15,000 for security during the event, a cost march organizers previously had to cover, the report added.

As for the media freedom, the report said there were 42 threats against journalists between January and July 2021, of which one was a physical attack.

A September survey carried out by the ‘BH Novinari’ association involving 440 media professionals showed that in the last three years, over 40 percent of respondents indicated they had been subject to threats and intimidation, in most cases by politicians and public officials, the report said.

It also mentioned smears against journalist Tanja Topic by the Chairman of the BiH Presidency Milorad Dodik in May 2021, which led foreign diplomats in Bosnia to call on public officials to refrain from threats and misogynistic comments against media professionals.

The ‘BH Novinari’ association registered increased gender-based violence against women in the media, with 70 incidents over five years, including death threats, verbal and physical threats, and discrimination at work, added the report.