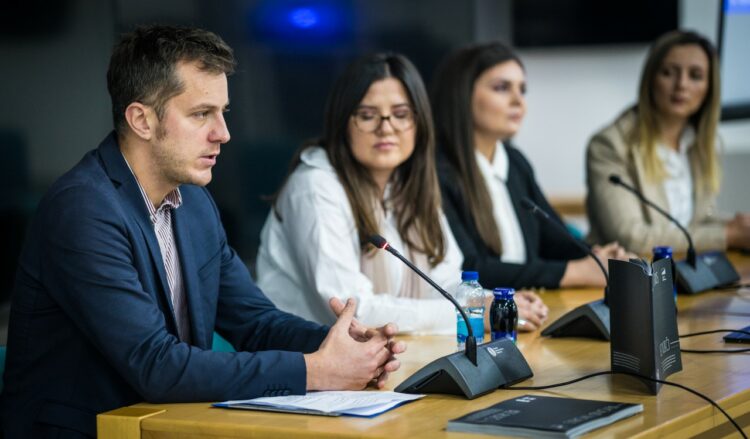 The final conference 'Beyond Words', a project of indexing, translating and collecting testimonies of victims and witnesses of the genocide in Srebrenica, officially opened at the Srebrenica Memorial Center on Friday, marking the International Day of Commemoration and Dignity of the Victims of the Crime of Genocide and of the Prevention of this Crime.

The project is supported by UNDP and UNHCR through the Office of the Resident Coordinator of the United Nations in Bosnia and Herzegovina.

He also said that more than 20 young people were involved in this programme in different ways both through cooperation and through pilot volunteer programme.

The publication ‘Beyond Words’ was also presented on this ocassion, including striking quotes from 50 testimonies with transcripts, translations and indexing made for easier access.

“The Srebrenica Memorial Center is a place of reflection and learning, a place of lessons from the past that are key to efforts to ensure that such brutal crimes are not repeated. The Center's initiatives, which bring together young people from all over Bosnia and Herzegovina and other countries, are important to ensure that future generations are aware of what happened and know how to act proactively to prevent genocide and other heinous crimes from ever happening again,” said Macdonald.

She also said that this project pays tribute to the dignity and resilience of victims and survivors, and makes a strong contribution to memorialising and opposing revisionism of what happened.

UN Special Adviser on the Prevention of Genocide Alice Wairimu Nderitu also addressed the event, saying that denial of genocide and glorifying war criminals is an attack on human dignity, especially the victims and those who survived.

“The activities you do to raise awareness about the genocide in Srebrenica are crucial to countering such divisive narratives,” she underlined.