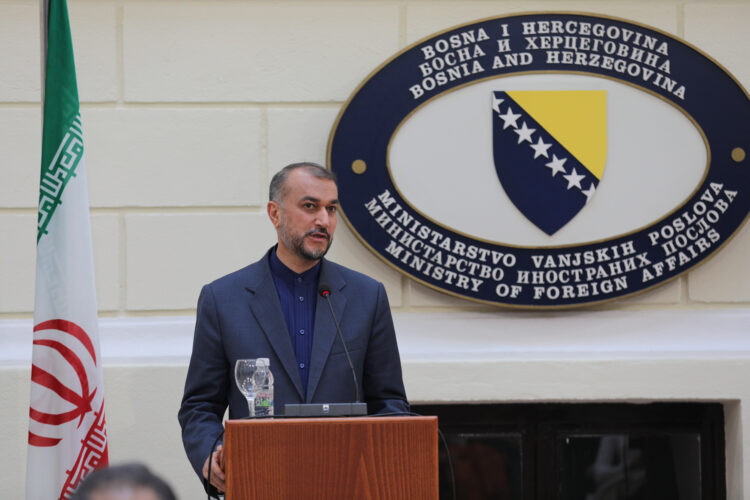 The meeting of Iranian Foreign Minister Hossein Amir Abdollahian with representatives of Bosnian State Parliament, scheduled for Tuesday afternoon, has been cancelled after the Iranian official held a meeting with his Bosnian counterpart Bisera Turkovic.

The information comes after a Croatian media outlet announced that Bosnian Croat officials refused to meet Iran's FM, over suppression of human rights in that country.

However, it was not specified if that was the reason why the afternoon meeting was called off.

FM Turkovic called Abdollahain a “dear guest and friend,” emphasising that Iran is a friendly country and reminding that January 25, 2023 will mark three decades of establishing those friendly ties between the two countries.

“The people and the Government of the Islamic Republic of Iran were friends of Bosnia and Herzegovina at its hardest times, and will remain on that path of providing support,” Iran's FM said following the meeting with Turkovic.

The statement comes amidst strong protest against the moves of regime in Iran, which resulted in execution of hundreds of demonstrators as well as severe violation of human rights.

Outgoing FM Turkovic recently tasked Bosnian UN ambassador Sven Alkalaj to abstain from voting at the UN on a resolution that condemned the Tehran regime.

The decision was condemned by the EU and the United States.