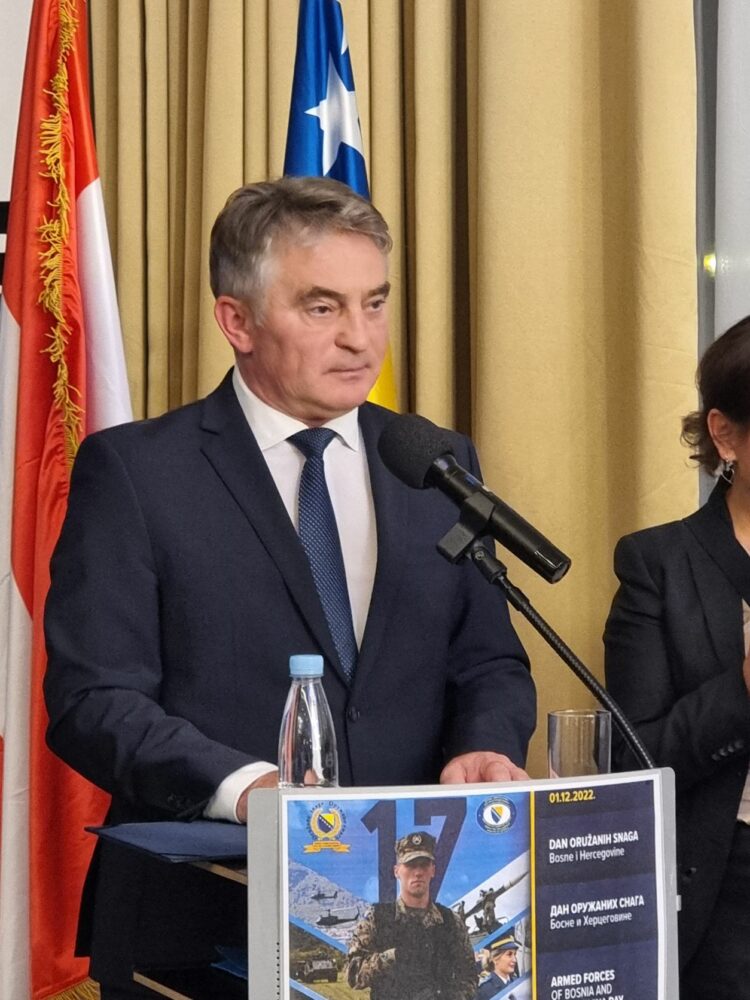 Without the strong Armed Forces of Bosnia and Herzegovina, the country itself cannot count on the protection of territorial integrity and sovereignty, BiH Presidency member Zeljko Komsic said during his address at the Reception in Vienna organized on the occasion of the Day of the Armed Forces of BiH on Monday.

The BiH Armed Forces are one of the best examples of successful reform in the society and country, Komsic added.

He noted that the strategy of BiH's foreign policy, adopted by the Presidency of BiH, is very clear. In that document, it was pointed out that in the continuation of activities on reform processes in the country, NATO remains the priority institution.

“I'm not saying that it will be easy to bring that process to an end, there is a lot of work ahead of us, but all our diplomatic activities will lead to full membership in the NATO alliance, which is of great importance for the security, stability and overall progress of BiH,” Komsic said.

“The strengthening of personal capacities through training of soldiers, non-commissioned officers, as well as the education of military personnel abroad, is of particular importance for the overall development of BiH Armed Forces,” BiH Presidency member noted.

In this regard, Komsic welcomed the successful cooperation between the Federal Ministry of Defence of Austria and the BiH Ministry of Defence, which is reflected in the project of training BiH cadets at the Teresian Military Academy in Austria.