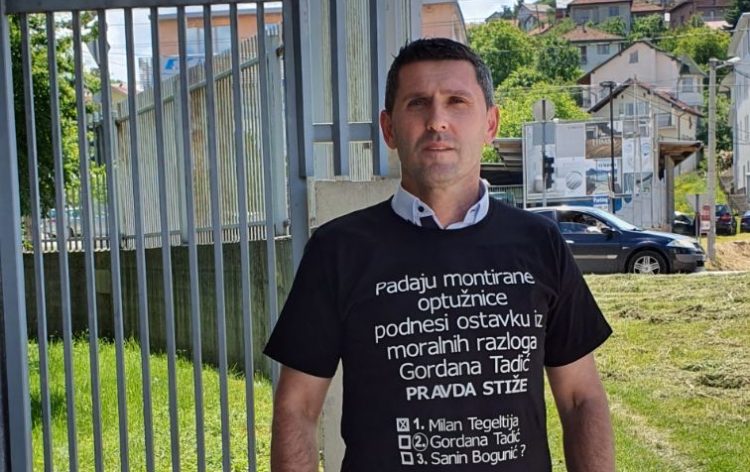 Nermin Alesevic and Marko Pandza were acquitted of bribery charges in a case regarding the alleged bribing of one of Bosnia's top judicial officials, due to lack of evidence.

As stated during the sentencing, the Court “acquitted the accused in the absence of evidence which was not even present in this case.” During the last hearing, the court ruled that most of the evidence was illegal and that the Prosecution violated the provisions of the law during the investigation.

The State Prosecution charged Pandza with accepting gifts as an investigator of the State Investigation and Protection Agency (SIPA), while Alesevic was charged with giving gifts and other forms of benefits.

According to the indictment, Pandza demanded money for himself in order to illegally pursue his own interests in order to influence Milan Tegeltija, the former President of the High Judicial and Prosecutorial Council (HJPC), to use his position and put pressure on the former chief prosecutor of the Sarajevo Canton Dalida Burzic to influence the acting prosecutor to perform the action that he would otherwise have to perform and to take up the case of interest to the accused Alesevic.

The indictment charged Alesevic of illegally offering money to Pandza in the amount of 2,000 Bosnian marks (some €1,000) to influence Tegeltija as a mediator in order to resolve his case.

Justice is slow but achievable

Speaking to N1, Alesevic said this case proves “justice is slow but achievable.”

“Besides, the case for which all of this began is in the Sarajevo Cantonal Prosecutor's Office. Someone should be held criminally responsible for that because they are keeping that case locked up in their drawers. We have entered the fifth year since the beginning of that case. It is not enough to just say ‘the case is in the procedure’,” he noted.

He also said that the time limit in cases should be adhered to.

In May 2019, the local ‘Zurnal’ web portal published a secretly recorded video of a meeting between Pandza, Alesevic and HJPC President.

Zurnal said it was evidence that Tegeltija received a bribe from Alesevic to speed up an investigation in the Canton Sarajevo Prosecutor’s Office, while Pandza allegedly acted as the middle man.

The video appears to be showing Alesevic handing the money to Pandza but does not contain footage of Tegeltija taking it over and the HJCP official cannot be heard asking for any money directly.

He can only be heard asking for the case number and the name of the prosecutor.

Alesevic, however, is also the person who revealed the affair to the media.

Both the accused as well as the Prosecution have the right to appeal.