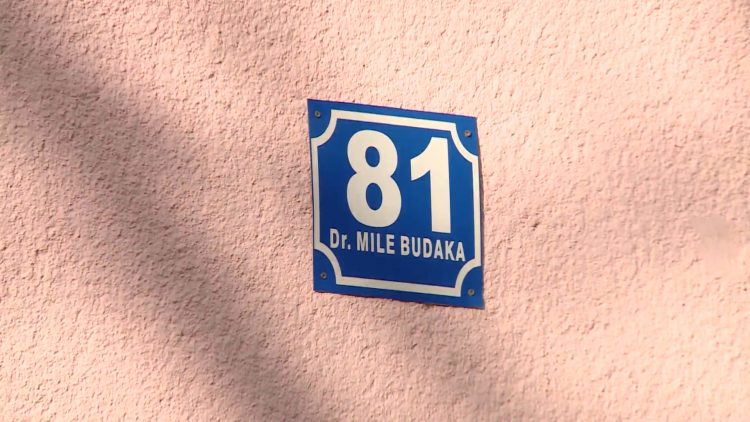 Mostar streets named after Ustasha ideologues from the time of the Independent State of Croatia (NDH) will be renamed after 27 years. This was decided at Wednesday’s session of the City Council of Mostar. These are six streets that were named by the wartime HDZ government led by Mate Boban and Bruno Stojic.

With 25 votes in favour and 8 abstentions, it was decided that the streets of Mile Budak, Vokic and Lorkovic, Rafael Boban, Djura Spuzevic, Jure Francetic, and Ivo Tabornik should be renamed the streets of Aleksa Santic, Tin Ujevic, fra Ljudevit Lasta, Ico Voljevica, Humska, and Ciglana.

A fierce discussion preceded this decision, given that some councillors had objections to the commission's proposal on new street names.

In particular, objections were submitted to the name of the street of Fr. Ljudevit Lasta, who, as they stated in one of his addresses, used the greeting Za dom spremni (For homeland ready – used by the Ustasha regime), then the objection also referred to the street that will be named after Tin Ujevic, which, as they said, has nothing to do with Mostar, but also with the NDH, for whose state news agency he wrote throughout the Second World War.

For years the issue of these disputed streets could not be resolved, but after pressure from the public and international officials, a procedure was initiated to change the name of the streets.