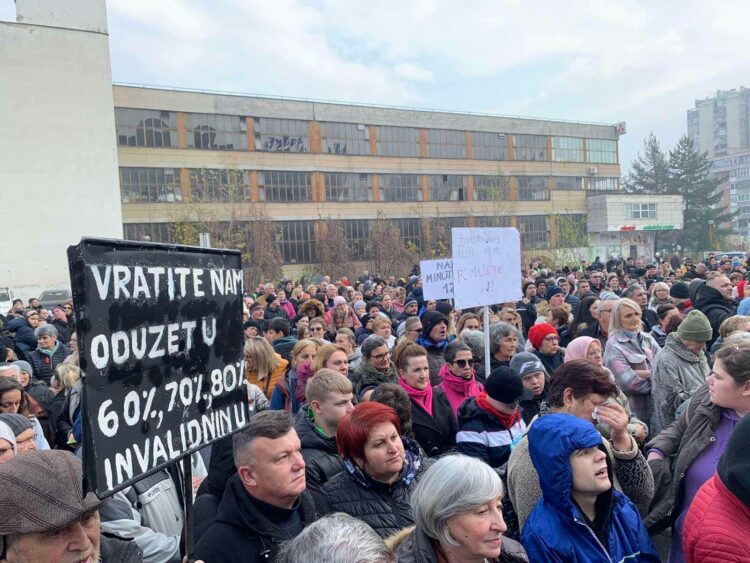 Dozens gathered in front of the building of Bosnia's Federation entity (FBiH) government on Saturday, on the International Day of People with Disabilities, presenting their demands and saying they hope the new composition of the government will hear their voice.

The protesters carried the banners that read ‘We are humans as well’ and ‘We can handle the disabilities, but not injustice’.

Edo Celebi, a member of the FBiH Association of People with Disabilities said they are desperate and in a difficult situation.

“We want certain law proposals that the FBiH Government sent to the parliamentary procedure to be revoked and to start negotiations on new proposals as soon as new government is formed,” said Celebi.

“It's a minute to noon, indeed,” he stressed.