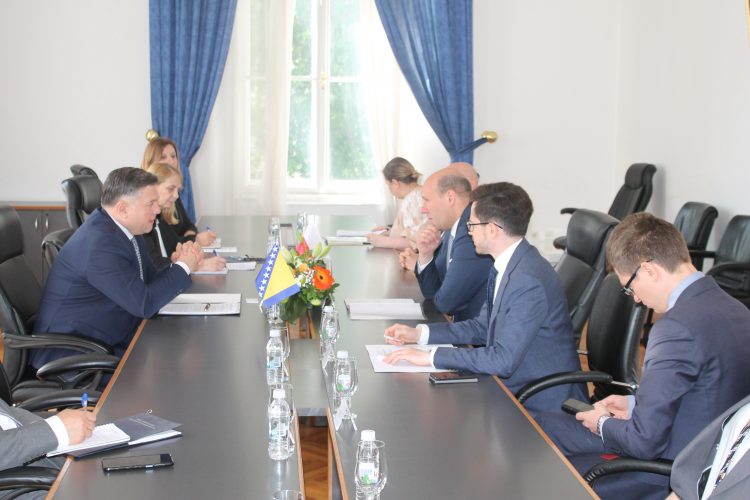 Poland is ready to assist BiH on its road to NATO and EU membership which it fully supports, Polish State Secretary Szynkowski vel Sęk said Wednesday during bilateral consultations between the BiH and Polish foreign ministries in Sarajevo.

During the meeting, Deputy BiH Foreign Minister Josip Brkic spoke with Sęk about bilateral relations between Bosnia and the Republic of Poland, the current situation and integration of BiH into the EU and NATO, and regional cooperation. It was pointed out that bilateral relations between the two countries are good and friendly, which is the basis for strengthening further cooperation, especially in the field of economy.

The Polish State Secretary emphasized his country's full support for BiH's path to the EU and NATO and expressed Poland's readiness for further assistance and exchange of experiences. He stressed that Poland is particularly interested in improving the economic cooperation with BiH, in the fields of energy and tourism. He announced upcoming activities when it comes to cooperation at the level of local communities.

The interlocutors expressed satisfaction with the introduction of direct flights on the route Sarajevo – Warsaw and Mostar – Katowice and agreed that additional efforts are needed to increase foreign trade.

The meeting also discussed global security challenges and the situation in Ukraine. Both interlocutors expressed concern and hope that a solution would be found through diplomatic channels as soon as possible.