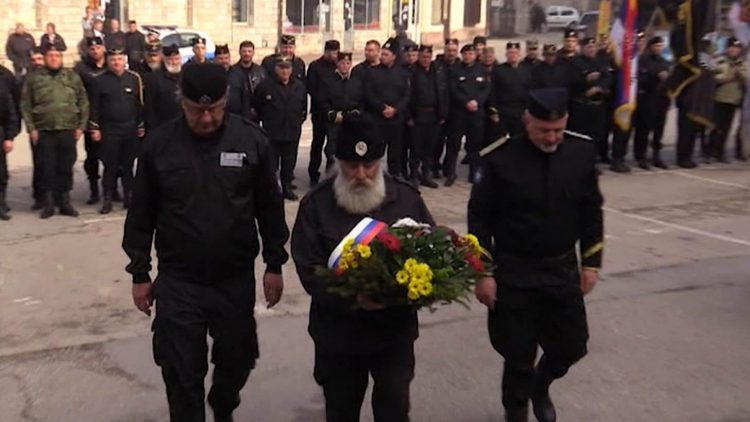 “Every year, they try to hold a rally in Visegrad and mark some of their days that they find important to them. Last year's rallies were not held precisely because of the pandemic, we couldn’t allow rallies of this kind. However, this year they expressed their desire to rally and hold such a gathering. We immediately received negative messages from the Federation of Bosnia and Herzegovina entity through the media, saying it violates the security situation, that Bosniak citizens cannot come to terms with it and that they feel threatened,” Lukac said.

He said he had a meeting with some of the movement’s representatives and that he suggested they do not organize the meeting and that this was not the time for such a thing.

“Given the situation in the region, the whole of Europe where we have a war, where many people feel fear because of it, and because of the increased presence of EUFOR forces in BiH, moving through the territory armed, where planes fly overhead… I don't think it’s necessary to hold a radical rally in such circumstances, and it would only send a wrong message. That would be just raising of tensions in the RS, and we in the RS mustn’t allow anyone to threaten anybody, not even with our appearance, statements or choreographies,” the Minister concluded.

The public rally of the Ravna Gora movement was announced for March 13 this year in Dobrunska Rijeka in the municipality of Visegrad.