Professor: Bosnia can't rely on Brussels and should rather turn to Washington 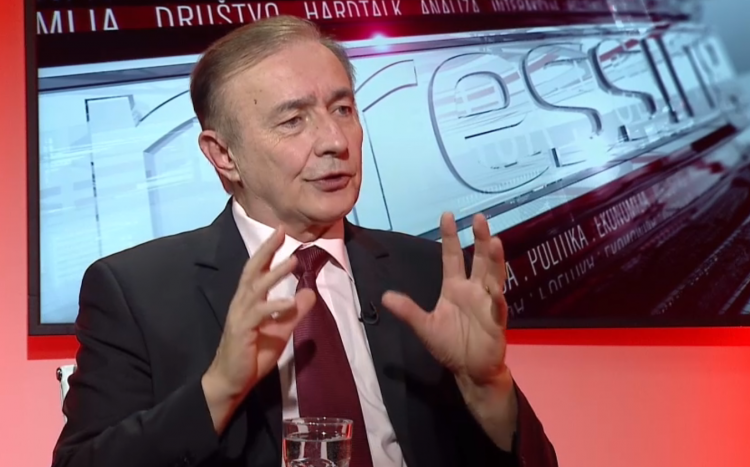 Sociologist and university professor Slavo Kukic told N1 on Wednesday that the ongoing talks between international community representatives and BiH officials on reforming the country’s election law will likely not produce any results, calling it “a show for the people” and an attempt to show that something is being done in Bosnia although this is not the case.

US Envoy for Bosnia’s Election Law reform Matthew Palmer and Managing Director of the European External Action Service Angelina Eichhorst, as well as other international community representatives, are conducting talks with BiH officials, including political party leaders, in an attempt to reach an agreement on how to reform Bosnia’s Election Law.

According to Kukic, the political leaders the international community representatives are speaking to “are not interested in change.”

“As for the Europeans, I think it is unrealistic to expect anything from the Brussels administration because today it functions as a disorganized machine. There are two groups within it, one of them is the old EU members, these are the developed countries of Western Europe, which are characterized by a different value system. The second group consists of newly joined members, former socialist countries, which are burdened by the nationalist, populist, conservative syndrome, just as the territory of BiH is burdened with that,” Kukic said.

He argued that it can not be expected from Hungary’s Prime Minister Viktor Orban or the leadership of Poland, Bulgaria or Slovenia to “accept the European system of values.”

Bosnia should rather turn to Washington, “especially now that Joe Biden has come to head the United States,” he said, arguing that Biden knows the situation in BiH very well and that this is a factor in his decision-making process.

Kukic said that Bosnia’s system is based on “values from the 15th, 16th or 17th century” and that this is “inconceivable to the average American.”

“And of course, if you have a Democrat who is broadminded like Biden, then it is logical that he would ask himself what is happening and what the obligation is for the United States to do,” he said.

However, Kukic noted that this is not a guarantee that something will actually be done in BiH, arguing that the Washington administration has been sending “third-rate politicians” to BiH.

Kukic said that the ongoing negotiations will not produce results and argued that the representatives of the Croat Democratic Union (HDZ BiH) are misinterpreting the BiH Constitutional Court rulings regarding the election law in the talks.

It would be logical to expect Palmer to promote the position of the US on the matter, Kukic said but questioned whether this is the case or whether the US envoy is only trying to reach any possible solution in order to justify the fact that he was sent to BiH.

Kukic also said that he is surprised by the way US officials conduct talks with Dodik even though he is blacklisted by the US.

He also commented on the fact that the HDZ and its leader, Dragan Covic, supported Dodik’s party in its efforts to annul the ban on genocide denial which was imposed by the former High Representative in the country.

“Those who defend genocide, those who vote against the law that considers the denial of genocide a criminal offence, represent a prototype of anti-civilization and anti-democratic values. If the average Croat in BiH understands that, and I want to believe that they do, then I do not believe that Covic will have reason to celebrate,” he said, referring to the 2022 elections.

If Covic nevertheless wins this election “it will be a disaster for his voters,” he said.