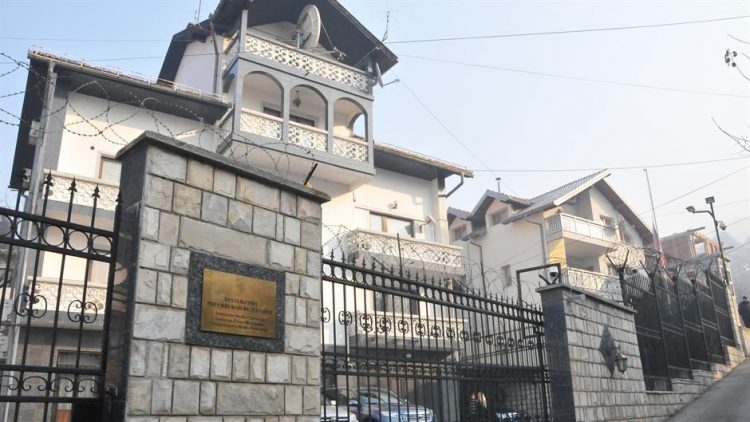 The Russian Embassy to Bosnia said Sunday that the US Embassy video regarding the Russian invasion of Ukraine was “pathetic” and that “Americans are lying because there is no invasion” in Ukraine.

“As usual, Americans are lying. Because there is no ‘invasion’. Instead, there is a special military operation to demilitarize and denazify the Ukrainian regime. Demilitarization – because it was the United States that was behind the pumping of the criminal gang with weapons, which barbarically destroyed the civilian population of Donetsk and Lugansk, including children,” said the Russian Embassy.

The video to which the Russian Embassy responded can be viewed below:

This is a war Putin created, and he and his cronies are responsible. #StopTheLies #UnitedWithUkraine pic.twitter.com/jXIrFmQBAh

The Embassy then went on to accuse the United States of “filling Ukraine with biolabs, which were – very possibly – used to study methods for destroying the Russian people at the genetic level,” without providing any evidence for any of their claims.

“Denazification – because the United States was the one that encouraged the neo-Nazi tactics and strategy of the Banderas from Kiev, by essentially preventing Ukraine, as a party to the Minsk Agreement, from fulfilling its obligations,” they said.

They also accused Washington of “interfering with dialogue within BiH, pitting constituent peoples against each other and opposing the abolition of the anachronistic foreign protectorate represented by the Office of the High Representative.”

“At the same time, it is ‘carefully’ pushing such Bosnia and Herzegovina into the European Union in order to use it – like Kosovo – as a ‘fuse’ against his geopolitical opponent, ie the EU. This is true, although in light of the current imaginary solidarity between America and Europe ‘on the Ukrainian case’, such a statement may seem excessive. But a moment of truth will come. The United States is not a ‘proven friend’, but an experienced predator, who will, without hesitation, leave their allies to their fate if the US’ tail is pinched. Examples, in this case, are superfluous”, the Russian Embassy said.

They then translated the acronym USA as the “United States of Anxiety.”

“It is anxiety, and we would add a lie, what the United States brings the world,” the Embassy concluded in their unfounded statement. 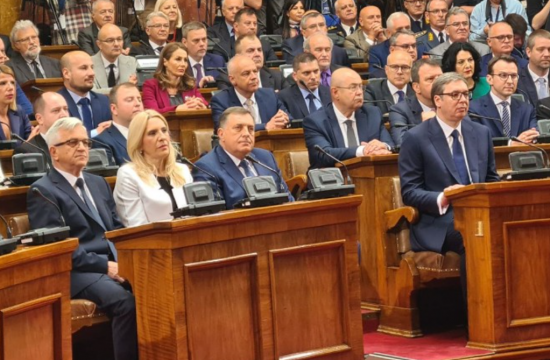