Russians in BiH: Fleeing mobilization and trying to get asylum in EU countries 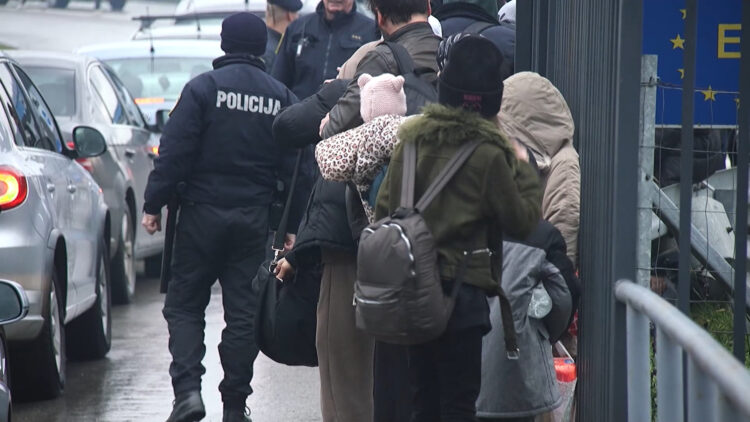 Bosnia and Herzegovina is registering an increasing number of arrivals of Russian nationals who are fleeing their country because of Russia's aggression against Ukraine and the mobilization of citizens which was ordered by President Vladimir Putin in September last year.

Many of the Russians chose Mostar as their destination, but they do not stay there for long. N1 met a family of three from Russia there.

The lady introduced herself as Elena, who with her husband and son had just paid for a seven-day stay in one of the local apartments. The car they came with is a rental car with Belgrade license plates. It was filled with goods, dishes, shoes and clothes so that the passenger seat was not visible.

These are not the usual tourists. They are running away from war.

Elena's husband wants to avoid mobilization and asked N1 journalists if the neighbourhood where he will be staying is safe for them.

After the beginning of the Russian Federation's aggression against Ukraine, many European countries imposed sanctions on Russia and banned tourist flights. There are few European countries that Russians can enter, and one of them is Bosnia and Herzegovina due to the visa-free regime between the two countries.

The couple’s ten-year-old son cheerfully looked around the city, convinced that he is on a tourist trip with his parents.

They did not want to be photographed.

They are staying long enough to do laundry and dishes, rest, and try to get in contact with family in Russia to get information on whether it is safe to return home. They cannot stay in BiH for more than 30 days, so they leave the country for a short time and come back again.

This is only one among many examples of Russian citizens arriving in BiH in the past few months with the ultimate goal to reach EU countries and seek political asylum.

“These persons entered our country legally on the basis of the visa-free regime and can stay for up to 30 days. Most of these people are located near the Maljevac border crossing and want to continue their journey to the EU because according to their own statements they want to avoid mobilization in their country. The Ministry of Security of BiH together with the Border Police of BiH and the Service for Affairs with Foreigners of BiH will take all measures within their legal competencies and continue to monitor the situation on the ground,” the BiH Security Ministry told N1.

It said it will request a detailed analysis of the current situation from competent security agencies in order to prepare a proposal for measures aimed at preserving the security situation in our country.

“They violate several laws, the Law on border control, on foreigners and the law on asylum at the end of the line. Anyone who enters the territory of Bosnia and Herzegovina and who gives false reasons for entering and staying in Bosnia and Herzegovina automatically violates the law and should be subject to vigorous intervention, first of all by the Service for Foreigners Affairs. They are not causing problems, they are focused on their ultimate goal of seeking asylum in Croatia”, he said.