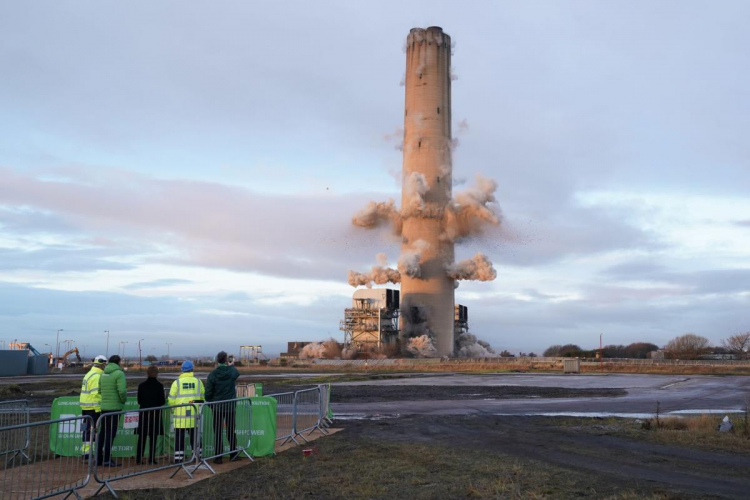 An iconic chimney at Scotland's last-remaining coal-fired power station has come crashing down in an explosion as it was demolished.

Scotland's First Minister Nicola Sturgeon pushed the button to ignite the 700kg of explosives that brought down the chimney stack, which stood at Longannet for more than 50 years.

The Fife plant produced Scotland's last coal-fired energy until it ceased operation in 2016. But the iconic 600ft (183m) chimney remained the largest free-standing structure in Scotland.

Scotland has been coal-free since the station was closed by ScottishPower, which now generates 100% green electricity through its wind and solar farms. 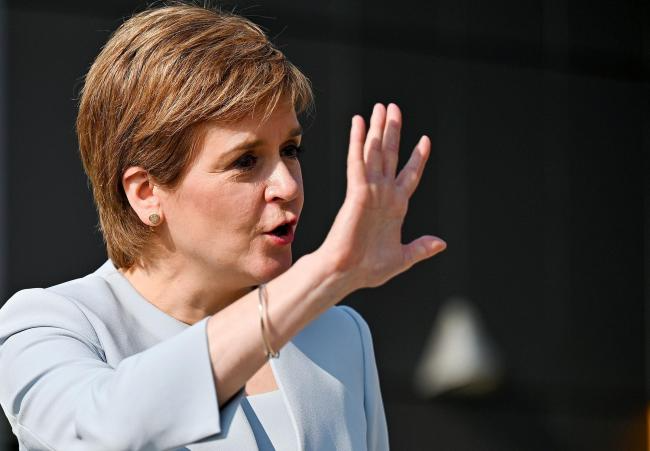 In an interview with N1's Ika Ferrer Gotic in Glasgow, during Climate Summit COP26, Sturgeon has repeated that Scotland is committed to ‘phasing out’ coal entirely.

Ms Sturgeon said: “Our goal is to generate 50% of overall energy consumption from renewable sources by 2030, and Scotland's energy sector is well placed to deliver on the key investments in renewables, hydrogen and energy storage required to achieve this.”