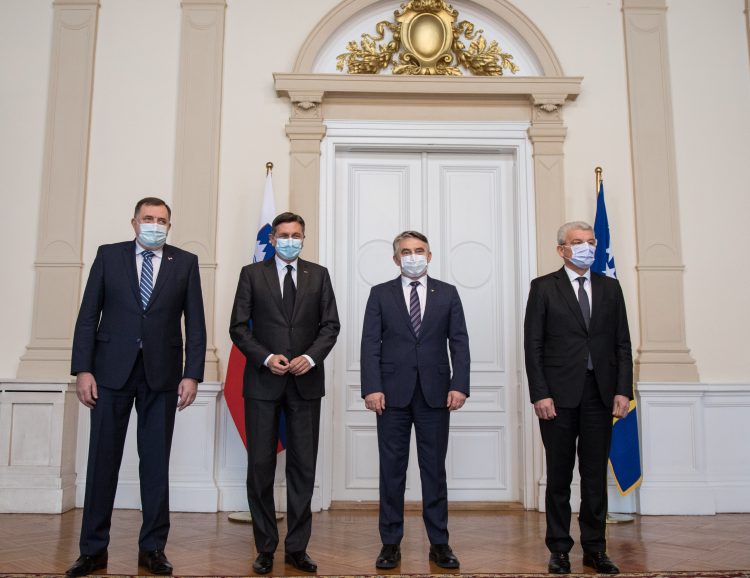 European Union enlargement in the Western Balkans is necessary for the peace and well-being of both the countries in the region and the Union, President of Slovenia Borut Pahor said Friday during his working visit to Bosnia and Herzegovina.

Addressing the reporters after the meeting, Presidency Chairman Dodik thanked Pahor for his effort and travelling to BiH in the period of the pandemic, stressing that they discussed a number of issues including the economic consequences of the pandemic, cooperation of the two countries as well as Bosnia's EU path and the issue of illegal migrations.

“Pandemic led to various economic difficulties not only here but across the world. Our economy depends on the European Union's economy, we are the closest economic partners and Slovenia is the fifth country among our foreign trade partners. I believe we should continue the development in that direction,” said Dodik.

Procurement of vaccines was also among the topics discussed in the meeting. Slovenian President offered to donate 4,800 AstraZeneca vaccines to BiH, while Chairman Dodik noted that the country was also hoping to get the vaccine delivery through the COVAX system.

As for illegal migrations, Dodik stressed BiH cannot solve this problem alone and added that the country can use the experience of Slovenia in finding a solution.

“They are here although they don't want to be here. They are becoming more aggressive in terms of attempts to leave, and the EU is not allowing them to enter its territory. We cannot solve this problem alone and we talked about that as well as the experience of Slovenia which can be helpful for BiH as well,” he said. 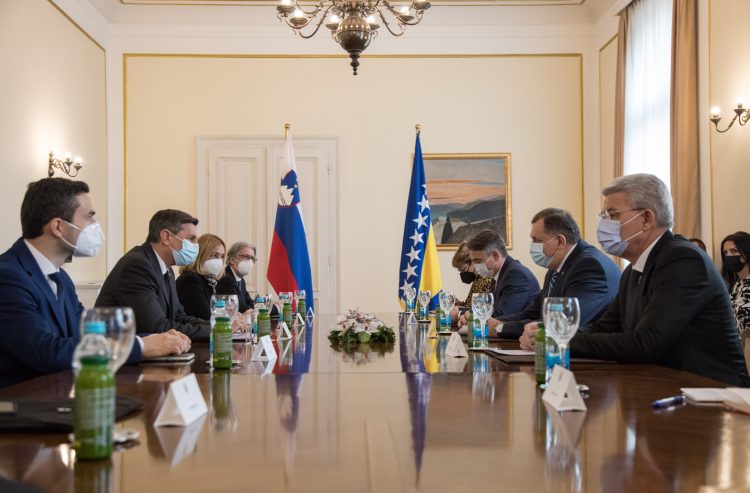 The officials also touched upon the Brdo Brijuni Summit, the initiative focusing on the Western Balkan integration into the EU, which is expected to resume in Ljubljana later this month.

The EU enlargement and BiH's road to that are of the utmost importance emphasised Dodik.

“We can see some sort of fatigue in this process and we would like to have it explained, to enter a dialogue with the EU which would help us define deadlines for further integration, and I would like to point out the support to the Slovenian President's initiative for the EU treating this whole region in a special way,” he added.