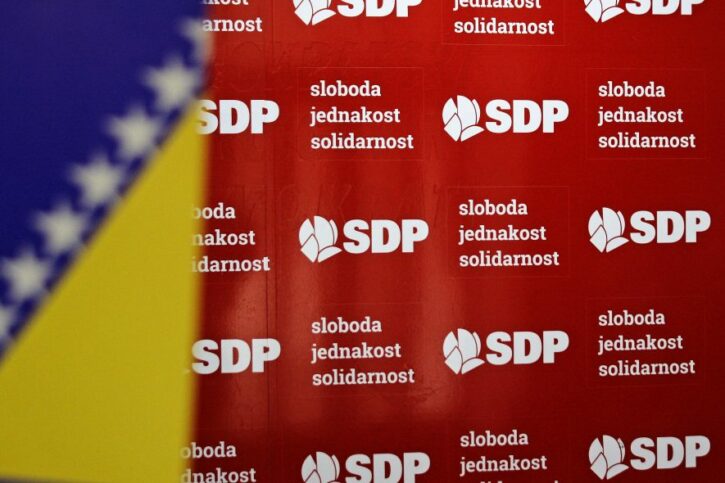 Bosnia and Herzegovina's Social Democratic Party called on foreign minister Bisera Turkovic to ask from the diplomatic-consular offices abroad to immediately deliver reports on their activities that promote the interests of BiH and are aimed at gaining international support for the protection of the country's sovereignty and territorial integrity.

“We ask minister Turkovic, in accordance with her competencies, to call to account the Bosnian consuls and ambassadors who are exceptionally well paid for the work of international affirmation of Bosnia and Herzegovina and the strategic interests of our country,” the SDP said.

The party said this call comes after learning from its partners and friends, primarily from the Party of European Socialists, about low or non-existent engagement of the state diplomatic network “at a moment when gaining international support is crucial for the survival and stability of our country.”

“Therefore, we expect minister Turković to promptly request detailed reports from the heads of the diplomatic-consular offices, especially those in Europe and the United States, on the meetings held with representatives of the countries in which they operate, as well as other activities taken to contribute to a more intensive cooperation with these countries, with an aim of sanctioning and stopping separatist and other activities to promote the division and segregation of Bosnian society, which lead to the destabilisation of our country and the regiona,” the SDP said.

The party also called on the Chairman of Bosnia's tripartite Presidency Zeljko Komsic to initiate procedures of dismissing the “inert and inactive ambassadors and consuls” and appointing those who would it as a serious duty.