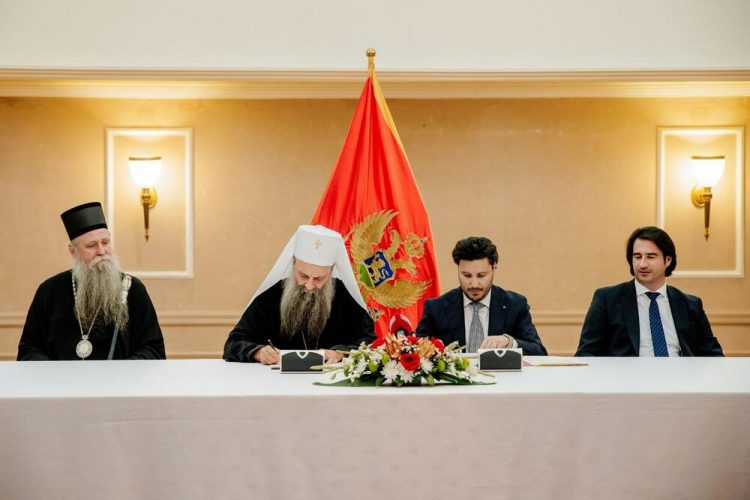 The fundamental agreement between the Serbian Orthodox Church (SPC) and Montenegro has been signed, the Montenegrin Government said.

The Podgorica daily Vijesti previously reported that SPC head Patriarch Porfirije arrived in Montenegro and that the agreement would be signed in Villa Gorica, in the Montenegrin capital of Podgorica.

Some media earlier announced that the signing would take place on August 3, but that information was rebutted at the time by Montenegrin Prime Minister Dritan Abazovic.

The Democratic Party of Socialists (DPS) announced that will launch an initiative for a vote of no confidence in the Montenegrin Government.

The initiative is open to all those who believe that the Government’s attitude towards Montenegro’s national interests is irresponsible, said the DPS in a Twitter post.