‘Srebrenica was the final culmination of genocidal plan against BiH Muslims’ 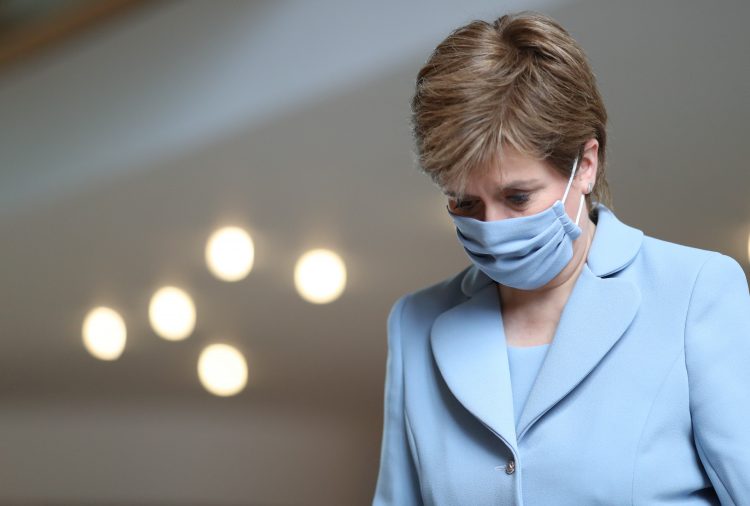 Scottish Prime Minister Nicola Sturgeon addressed the National Srebrenica Remembrance Day ceremony in Britain, on Thursday, saying Srebrenica was the final culmination of a genocidal plan targeting Bosnian Muslims, with tens of thousands of women and girls among the victims.

During this year's July 11 memorial service, Sturgeon spoke about the suffering of women and girls during the war in BiH, especially one woman who fought for the justice of rape victims.

“Today we honour Bakira Hasecic, a victim of sexual violence committed during the Bosnian war. Despite everything she has gone through, which includes receiving death threats, Bakira has helped bring more than 80 war criminals to justice,” Sturgeon said.

She added that all the Srebrenica genocide victims have names written in the Potocari Memorial Centre.

“When we talk about Srebrenica we talk about the 8,372 victims named at the Potocari cemetery. It is right and proper that we remember these lost lives on Srebrenica Memorial day. In doing so we must never forget that Srebrenica was the final culmination of a genocidal plan aimed at Bosnian Muslims. Among the victims of this plan were the 20,000 to 50,000 women and girls across Bosnia who were subjected to sexual violence,” she noted.

“In the years since Bakira has fought for justice for these women and she has campaigned to ensure that their voices are heard,“ Sturgeon continued. “Bakira’s strength and courage is such an inspiration to all of us and so it is absolutely right that we honour her this evening, and thank her from the bottom of our hearts for everything she has done.”

The organization “Remembering Srebrenica” organized a national ceremony on Thursday marking the “Day of Remembrance of Srebrenica” in Great Britain, which this year was completely streamed via the Internet.