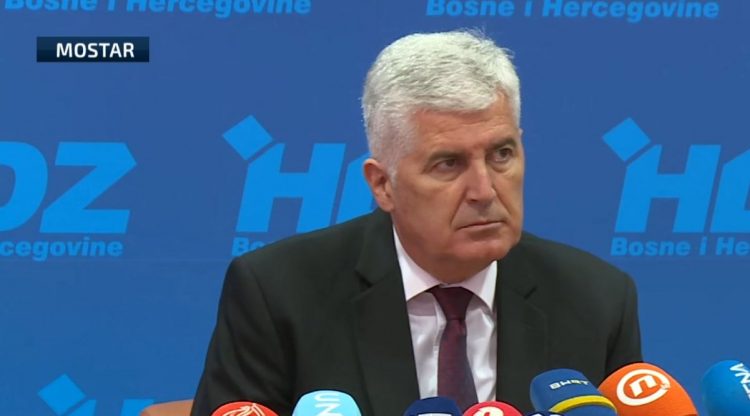 The US Embassy in Bosnia strongly criticised the Croat National Assembly (HNS) and its President, Dragan Covic, saying that it is “hypocritical” for them to criticize the inflammatory rhetoric of other political leaders while threatening “institutional and territorial reorganization” of BiH.

“The position of the United States regarding BiH's sovereignty, territorial integrity, and multiethnic character is well known and remains unchanged. We reject new geographical divisions within and to the sovereign state of BiH, including the creation of a third entity, and reiterate our commitment to BiH as one country with two entities, three constituent peoples, and Others,” the Embassy said.

The statement comes after the HNS announced on Friday it would continue the preparations for the federalisation of Bosnia and Herzegovina with an aim to “ensure the equality of the Croats” as a result of what they assessed as the “Bosniak threats and intolerance towards the coexistence with the Croats.”

It is hypocritical for Dragan Covic and HNS to criticize the inflammatory rhetoric of other political leaders while threatening “institutional and territorial reorganization” of BiH in the same breath.

“High Representative Schmidt provided parties with six weeks to engage in dialogue to address urgent functionality and power-sharing issues. The parties’ time would be best spent doing just that rather than making anti-Dayton threats and trading inflammatory accusations,” the Embassy said.