US envoy: ECHR rulings most important for electoral reform in BiH 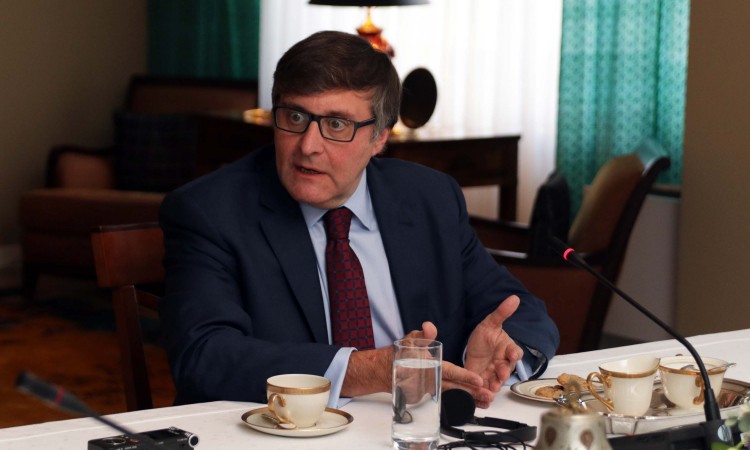 Political leaders in Bosnia and Herzegovina should use this non-election year to meet the minimum of conditions for changes to the electoral legislation, which includes the implementation of the European Court of Human Rights (ECHR) rulings as well as ensuring the transparency of the election cycle, said US diplomat Matthew Palmer, who was recently appointed as special envoy to mediate the political talks on the electoral reform in BiH.

Palmer arrived in Bosnia and Herzegovina this week where he met with political leaders as well as the representatives of the Central Election Commission who are not participating in the work of the Inter-Agency group for changes to the electoral legislation in the Parliament of BiH.

Speaking to media representatives, Palmer repeated several times that the USA will not be imposing any solutions but will offer a platform for dialogue and act as support so the leaders can talk on the matters they agree on and seek solutions to the matters they disagree on.

Changes to the electoral legislations and minor changes to the Constitution regarding that are not a simple job, because if it were it would have been done by now, said the US envoy adding that this is possible and that there are many models how to achieve transparency of election process.

Crises are normal and it is the responsibility of leaders to seek solutions, Palmer stressed.

He said the USA would like to see the removal of ethnicity prefixes in the election of the Presidency members, because this is the only way to implement the ECHR decisions, and he emphasised as important the talks on competencies of the Presidency and the Council of Ministers.

Commenting on the meetings with political leaders, Palmer said he was convinced that there is mutual understanding for the urgent need for progress and that there is a chance the political parties will gather and reach agreements, and protect the interests of their voters.

He also commented on the model of law changes that was a while ago proposed by former EU commissioner for enlargement and neighbourhood Stefan Fuele, which stipulated the Bosniak-Croat shared Federation entity as one constituency, but with the second Presidency member (out of two that are elected in this part of BiH) is the candidate who wins the largest number of votes in the cantons where the first member did not win more votes.

This is one of the solutions but it is not clear how would it reflect the essence of BiH, which is the state, two entities, and three constituent peoples.

Fuele's model is not the only one but it is a concept open for progress, said Palmer.

He concluded that nobody will be one hundred percent satisfied in the talks.

The diplomat announced he would soon return to the country with Angelina Eichhorst, Managing Director for Europe and Central Asia at the European External Action Service (EEAS).